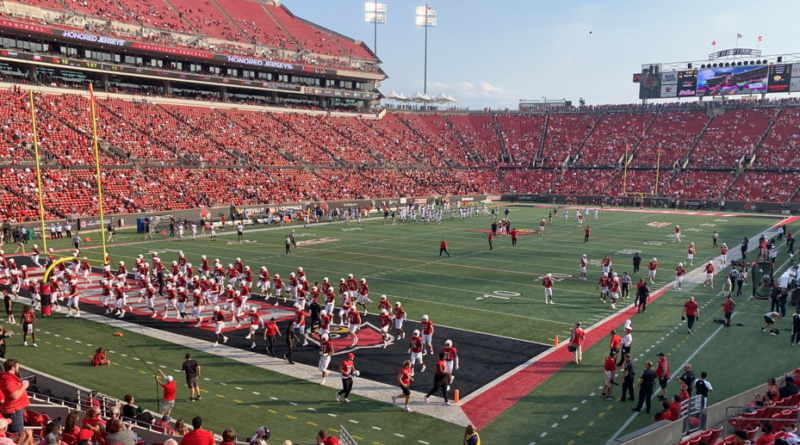 This is a crucial week for Louisville football.

With a Boston College team on a two-game losing streak this feels like a must win for the host Cardinals, Saturday at 4 p.m. Louisville (3-3, 1-2) also has lost two straight games by the slimmest of margins. Last Saturday, North Carolina State shut down BC’s offense winning 33-7. Maybe this is what the Cardinals need, a team struggling instead of one on the uptick.

Win this one or things get ugly again. In a hurry for the coach.

“We’ve had back-to-back heartbreak losses so we are looking to bounce back and get a win in a very competitive league,” said Coach Scott Satterfield. “So, obviously a big game for us.”

The off week came at a good time with several UofL players banged up. As a result, Satterfield said the team practiced only three days and came back Sunday with a longer workout.

Boston College (4-2, 0-2) comes into the game as one of the best defenses in the Atlantic Coast Conference. The Eagles rank third in points allowed in the ACC, giving up only  19.5 per game. They give up an average of 388 total yards per game.

“They have a very solid defense,” said Satterfield. “Their d-line gets after you and plays hard. They make you make plays. They aren’t going to give you anything.”
Starting middle linebacker Isaiah Graham-Mobley, who transferred from Temple last year, leads the team in tackles with 38 averging 6.3 per game, 27th in the ACC.
Junior defensive end Shitta Sillah and cornerback junior Josh DeBerry are having outstanding seasons. In the loss to N.C. State, DeBerry, had a career high eight tackles.

Offensively BC is averaging 30.8 points a game is led by quarterback Dennis Grosel who is connecting on 59.5 percent of his passes. He has five touchdown passes but has five interceptions. His favorite targets are Zay Flowers who has 25 catches and two touchdowns. Trae Barry has 16 catches and three touchdowns. “Zay Flowers is a big play threat,” said Satterfield. “He’s a good receiver on the outside. They want to take shots with him. You can double team him but he can still run by you.”

Boston College would rather run the ball than throw it. A total of four running backs have carried the ball 34 or more times. Patrick Garbo averages 86.5 yards a game and 6.2 yards per carry. He has five touchdowns.

“Boston College is a completely different team than a Virginia team that is going to throw the ball 60 times,” said Satterfield. “This team has a very good offensive line and they are going to try to run the football right down your throat. So you better have a plan for that.”

Louisville and Boston College played a classic two years ago at Cardinal Stadium with the Cardinals winning 41-39 on Blanton Creque’s 41-yard field goal in the closing minute.

BC won 34-27 last season at Chestnut Hill, Massachusetts but trails in the series 6-7 and is 2-4 at Louisville.

Boston College coach Jeff Hafley, in his second season, is a big fan of Cards quarterback Malik Cunningham. “Everyone talks about the quarterbacks in the ACC,” said Hafley. “I said at ACC media days. What about Malik. It’s not like he’s just a runner. He’s a thrower. He can sit in the pocket and throw it.

“If they had one won of those close games we’d be talking about the MVP of the ACC,” said Hafley. “What he does is incredible. We hurt him last year and he continued to play. He’s a tough kid. He can fly to the perimeter and he’s got some fast receivers.”

Cunningham is averaging 57.8 yards rushing and has 10 touchdowns. He is connecting on 64.4 percent of his throws and has eight TD passes.
He has thrown a touchdown pass in nine consecutive games and is third in the country with 10 rushing touchdowns.