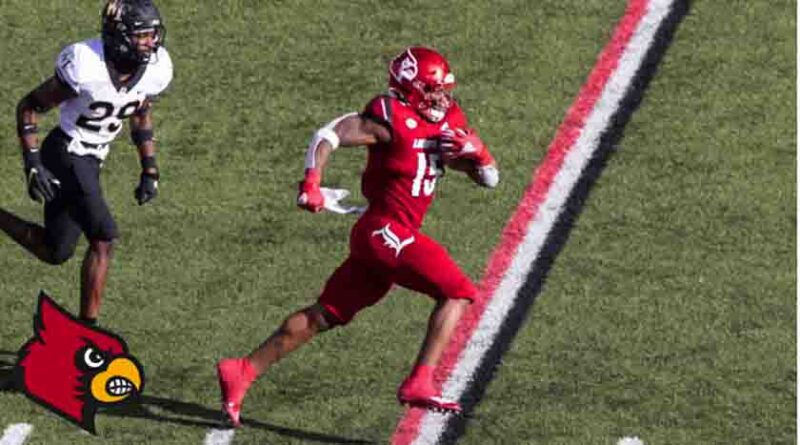 Overcoming a bad start and low expectations while shaping the future.

Another miserable start for the University of Louisville football team, managing only seven yards on the ground in the first quarter. Wake Forest luckily only up by seven points. More misery ahead for a fan base struggling with a downward spiral of the football program. Just a matter of time before the inevitable turnovers.

The Louisville offense still sputtering as the second quarter begins. Four minutes in, the Cardinals, playing behind a fourth-string center and three freshmen on the offensive line, picking up their fourth false start of the day. Defense keeping UofL in the game, hoping quarterback Malik Cunningham will emerge from the fog of frustration.

'The defense hung in there and kept us in the game. They played outstanding today.'

Defense playing confidently, forcing Wake Forest’s Sam Hartman to hurry his passes all game long, completing only 17 of 41 attempts and an interception. Wake Forest, which had only one turnover in its first 10 games, would also lose the ball on a bumble. Louisville, meanwhile, among the last in the country would not have a turnover a change.

Just when one least expects it, something goes right for Louisville. Running back Hassan Hall finds a hole, carrying the ball 11 yards to his own 45.  Cunningham with 11 more yards on the ground, a pass completion to Jordan Watkins for 10 more.  It is this point that the full potential of the Cunningham to Dez Fitzpatrick combination comes to fruition. The passing combination good for a 27-yarder to the 29, followed by a 25-yarder to the two yard line. Hall for the final two yards and a touchdown.

Suddenly, mysteriously, the entire complexion, the outlook, for the game has changed. UofL now in control even though Wake Forest would get a field goal on its next drive. The Cardinals scoring two more touchdowns in the first half — freshman running back Jalen Mitchell for 70 yards to the five, Cunningham carrying it on the next play, topped by a one-yard TD by Hassan Hall.

Just as quickly, Louisville is all but out of reach for a stunned Wake Forest team, the Cardinals emerging with a 45-21 victory. The win coming in what will probably be the last game of a 4-7 won-lost season. The outlook for a bowl invitation is bleak, with a dozen bowls already cancelled, including two with ACC connections.

UofL is chalking up 453 yards of offense, averaging eight yards per carry for 235 yards rushing and 199 through the air. Holding a heretofore potent Wake Forest offense to only 127 yards rushing and 224 passing. On a day when Louisville honored its seniors, it is a game for freshmen to shine. Jalen Mitchell rushing 20 times for 168 yards, the eighth-best performance ever by a Louisville freshman. Jordan Watkins running for his first touchdown, while Francis Sherman is catching his first touchdown.

“We talked about this week, how they would remember this game for the rest of their life, as a senior you always remember your last game, and to come out today and to play the way we played and it was a total team effort today, incredible team effort, the best team game we played this year,” says Coach Scott Satterfield.

“That’s awesome to see. Early on offensively we struggled a little bit. We had some troublesome protections early on and getting the ball out in time, we maybe got sacked a couple of times and we’re not getting first downs, but the defense hung in there and kept us in the game. They played outstanding today.”

A complicated, disappointing season coming to an end but on an optimistic note. The most encouraging thing from the Observer’s perspective  how the defense continued to grow and mature under trying circumstances.

Fans’ expectations obviously too high after a surprising 8-5 won-lost record in Satterfield’s first year. The narrow wins in his first season going the other way during his second year. Satterfield shouldering the blame, earning the respect of his players. The players coming to his defense after the South Carolina situation, wanting to play for this man, wanting him to succeed, trusting the man, wanting to help him do well at Louisville.

After such a challenging year, overcoming so many obstacles, the team coming together in the final game, giving players, coach and fans reason to be optimistic for 2021.