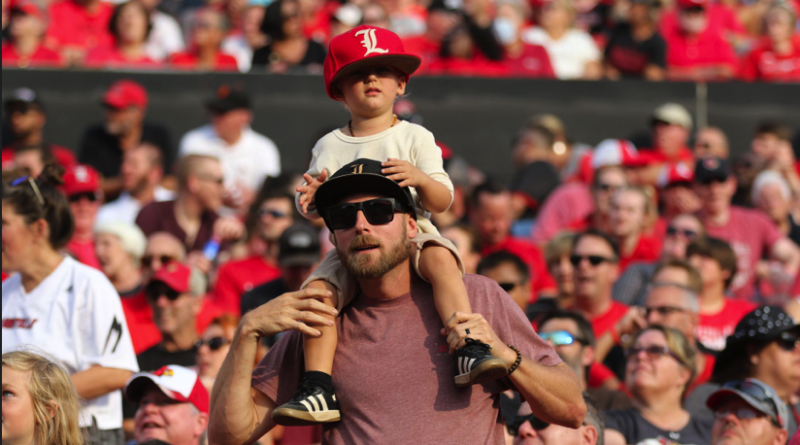 Such a great second half until that final quarter, and another disappointing finish (Mike DeZarn photo).
Football
Ed Peak 2 min read

Something has to change in a hurry. The University of Louisville football team’s 34-33 fourth quarter meltdown loss to Virginia Saturday is troubling. Disappointing. Discouraging.

For a fan base that has had little to cheer about in men’s sports, this was another gut punch, leaving Card Nation writhing in frustration.  A crowd of 40,320 watched in disbelief as Cavaliers quarterback Brennan Armstong rallied his team to 21 fourth quarter points and the win.

Eight seconds to go, a field goal opportunity, a chance to snatch victory from the jaws of defeat. The kick wide of nowhere. Gone are the days when UofL can count on field goals.

Louisville (3-3, 1-2) has an off week before Boston College (4-1, 0-1) comes to Cardinal Stadium. A must win if the Cardinals want to qualify for a post season bowl. After BC, there is not one game left on the schedule one can expect to UofL to win — North Carolina State, Clemson, Syracuse, Duke or Kentucky.

One problem with the Cards they give up way too many points. Louisville is averaging giving up 34.4 points per game in five games against Division I opponents. UofL came into the game allowing opponents 436.8 yards of offense. The Cavaliers rolled to 522 yards of offense, 487 passing. Armstrong was 40 of 60 with two interceptions.

It hurts everyone. “That one hurts,” said coach Scott Satterfield. “Two in a row like that. You have to find a way to make one more play. One more play is what we needed.”  The defense was on the field way too much. Virginia ran 86 plays to 62 for Louisville.

The challenge for this team and the coaching is how to rally from those two losses. Will this team come back or collapse? This is a young team for the most part. I think it will rally. The next 13 days are crucial to the mental makeup of this team.

Naturally fans are unhappy with Satterfield. Understandable. But let’s not over react. Louisville has lost six of its last eight games dating back to last season of games decided by single digits. Fans on social media are not happy with Vince Tyra or Satterfield.

One should have known when he pulled into the parking lot it would be a long day. Traffic was backed up and security was directing where you had to go. Let’s just let fans park where and how they want. If that isn’t executable, then come up with a different plan.