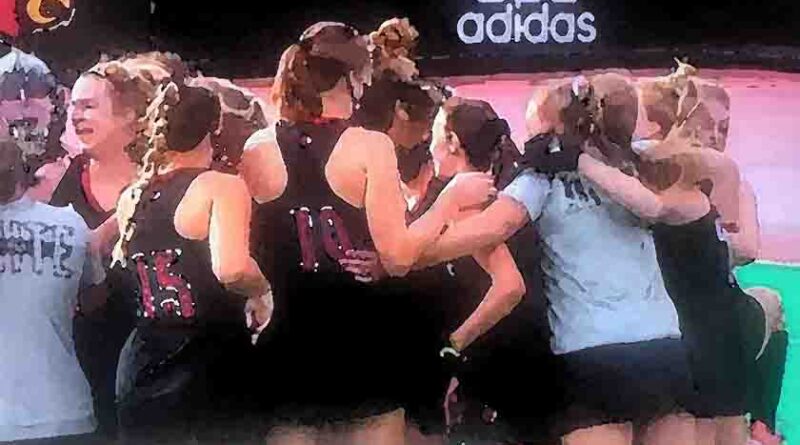 A good news story for University of Louisville athletics in 2020. A year in which positive news has been scarce. Coming out of obscurity into the limelight for one UofL program.

A surprising and shocking milestone for the UofL Field Hockey team, the Louisville women defeating No. 1-ranked North Carolina 3-1. That would be the two-time defending NCAA champions and winners of 47 straight games over the last two seasons. The Tar Heels have won eight NCAA titles under the direction of Coach Karen Shelton.

Not a fluke, according to UofL Coach Justine Sowry. “We played great and had great opportunities on both sides of the ball. Our defense played outstanding, but we also took our opportunity,” she said. “I could not be happier and it’s fantastic.”

The Cardinals jumped in front 13 minutes into the game on a goal by Mercedes Pastor, a senior from Buenos Aires. Margot Lawn, a sophomore from Pasadena, Maryland, added goals, one in the second quarter and another in the fourth.

“Congratulations to Louisville,” said UNC Coach Shelton. “Their defense was very cohesive. They were more organized and composed than we were, and they put us under a lot of pressure – credit to Louisville for the way they played today.”

With with 7:10 remaining in the game North Carolina lifted its goalie in favor of another field player. The Tar Heels pushed the ball to their offensive circle and were able to register one shot during that timeframe, but could not capitalize.

The Cardinals are 3-0 on the season, closing out the home season Sunday at 1:30 p.m. against Boston College. Their final five games will on the road against ACC teams.