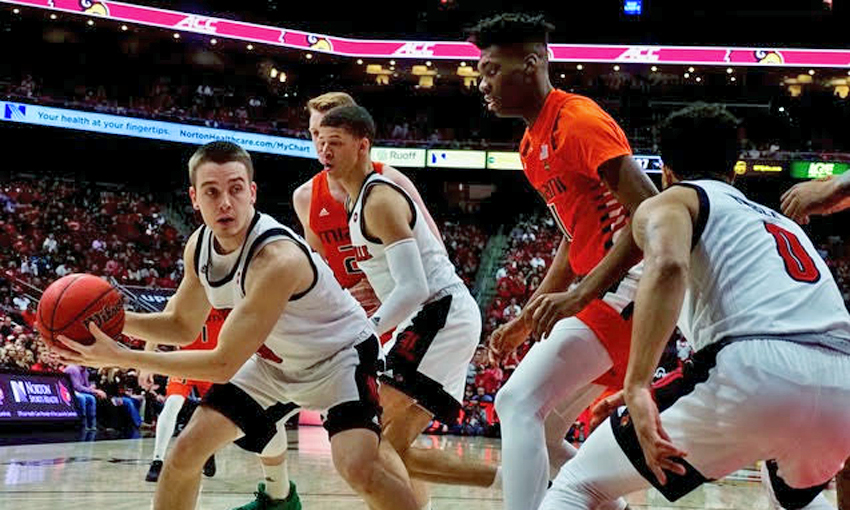 Just Miami for the second time this season. Nothing about which for the University of Louisville basketball team to get too excited. The Cardinals having defeated the Hurricanes easily on their home court in the season opener way back on Nov. 5.

Hitting on all cylinders early in the first half, Louisville racing out to a 30-10 lead. The killer instinct nowhere to be found, allowing Miami to reduce the deficit to five points in the second half. UofL would do just enough to grind out a 74-58 win before 14,980 fans at the KFC Yum! Center.

An offense that struggles when it should be taking advantage of defensive weaknesses, finding ways not to score when they could put the game out of reach. Needing a lesser opponent to pose a serious threat before generating any extra intensity.

Jordan Nwora on cue, leading his team in scoring with 19 points, including three of five 3-point attempts. Steve Enoch still not getting it in the post but managing 12 points and 10 rebounds. Darius Perry and Dwayne Sutton contributing 10 and nine points, respectively.

A grinder of a game, more of a nodding affair than anyone anticipated. Not the easy win at home this team could have used before hitting the road for three ACC games. UofL returns to town Jan. 22nd for a game against Georgia Tech.