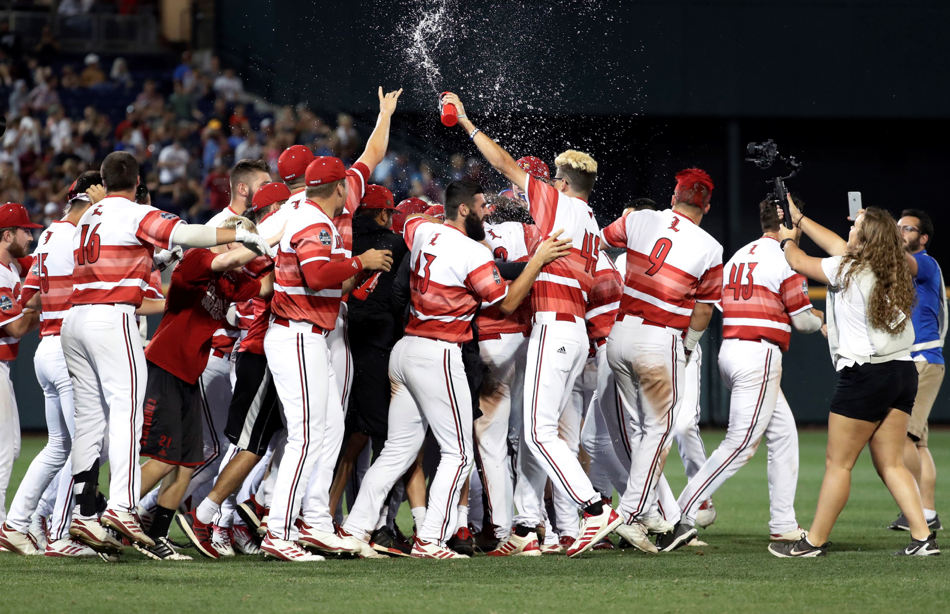 Another one of those potential nightmares against Mississippi State, the program few University of Louisville fans pay any attention to for the most part. When their paths do cross, Cardinal fans are on full alert, having lost to the Bulldogs three last three times — in the Taxslayer football bowl 2017, an NIT basketball game and a Final Four women’s basketball game in 2018.

Understandable that loud collective groan when Mississippi State is the opponent.  Rarely on purpose because they don’t schedule each other. The losses have followed a familiar pattern, ending UofL’s respective seasons.

The last team any Louisville fan wanted to see Thursday night was Mississippi State. Not even close.

Seemed inevitable that the UofL baseball team was going down again, batters struggling again, runners getting caught out of position, and pitchers searching for the strike zone. Meekly going though the motions, seemingly powerless at times.

Still hard to believe that Louisville emerged with a 4-3 win over Mississippi State. The Cardinals had nine hits, none of them for extra bases, managing six singles with their backs against the wall in the final three innings.

Right fielder Drew Campbell would play a pivotal role in this one, playing in a little too close in the fourth inning. Helplessly watching the baseball fly over his head, opening the gate for two Mississippi State runs.  Another one of those College World Series pitching duels, every run a monumental challenge.

Campbell would emerge the hero in this game, however, with the best hit of the night, a solid hit to right, sending Danny Oriente home from second base with the winning run. Jake Snider had scored earlier on a base hit by Oriente.

It was also Drew Campbell who had given his team some hope, with his single to left field scoring Tyler Fitzgerald with UofL’s first run. Alex Binelas  would score on a fielder’s choice off of Justin Lavey’s bat.

An understandably sweet victory, ending an intolerable drought against Mississippi State. A second straight win over a Southeastern Conference, the Cardinals having eliminated both Mississippi State and Auburn on successive days.

Louisville down to the final four, needing two wins over Vanderbilt advance to the finals of the College World Series next week. Nice to get that Mississippi State monkey off the back, but aiming for unprecedented success on college baseball’s highest plateau.