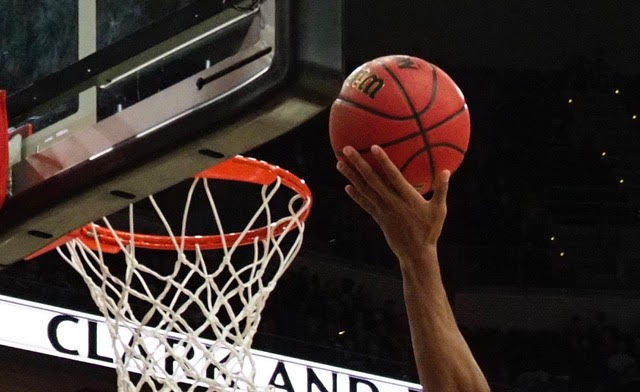 Tis a sad state of affairs when one feels that the University of Louisville basketball team doesn’t have a chance in hell against Notre Dame on its home court in South Bend.  But one has to go through the motions of watching, knowing one will have to shield one’s eyes for large segments of the game.

But some strange things will happen in this one. UofL will surprisingly be competitive late in the second half, climbing back from a 14-point deficit to claim a 55-54 lead with six minutes, 14 seconds to go. Wait, what’s going on. Louisville ahead of the Irish? Is a win actually possible?

Not really because shortly after taking their one and only lead, the Cardinals will forget what got them back in the game, all those points in the paint, amazingly prolific, defying all logic. Too good to be true, with the game on the line, reverting back to their old 3-point shooting.  Five of their last eight shots will be 3-pointers, all of them duds, and they will lose to Notre Dame 63-57 for their sixth loss in a row. UofL was five of 30 from behind the 3-point line for the game but still throwing them up there at the end.

No better example of this team not willing or able to learn from its mistakes. Unable to recognize what is working, settling for the long distance shots, allowing a legitimate chance for a win to waste away. Allowing the deterioration of the Louisville basketball tradition to continue spiraling.

Malik Williams, the 6-foot-11 captain, back after a two-game suspension, seeking redemption. Nope, not this game, just more of the same. Williams casually jogging up and down the court during his six minutes of playing tie. Got to get in a couple 3-point attempts, of course, neither of them close. He will all but wave as a Notre Dame player whizzes past him for a bucket. Same old Malik Williams. He may or may not be on the bench the next game, but he won’t be seeing much action the rest of the season. He has done it to himself.

Samuell Williamson, likewise, has not helped himself with his inconsistent play, his inability to make open shots or to avoid turnovers. He has not worked much on his game and it shows. He will keeping Williams company on the bench. The transfer portal can’t be far behind for this UofL junior.

On the opposite extreme was Jae’lyn Withers, playing like a player possessed. Taking the ball right to the Irish, scoring 14 of his team-high 20 points in the second half.  Making nine of 17 shots, including one 3-pointer, while pulling down five rebounds and making three steals.

The only predictable aspect to this current group of Cardinals is that they will be inconsistent. Even when they surged from behind to briefly own a lead, one had doubts that they would continue doing what they needed to do to prevail. In this respect, they sadly did not fail to live up to expectations.