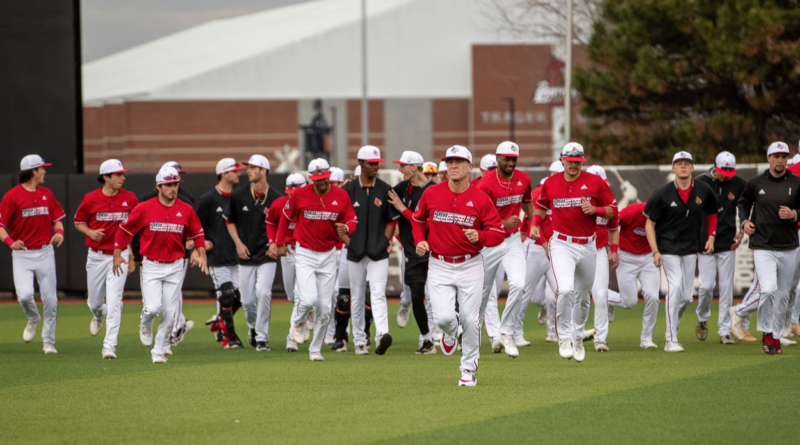 Opening home game 2022 for the University of Louisville baseball team. Ideal weather for a February game for a change, temperature hovering around the 65-degree mark. The Cardinals coming off two straight losses in Florida, attempting to get things going in the right direction.

And they will get things turned around, but they will need a huge break to get a 7-6 win over Xavier in front of 1,069 fans at Jim Patterson Stadium.

Seventh inning, bases loaded, one out, trailing 4-1. UofL’s J.T. Benson will hit a long fly ball to right center field. Logan Beard will score from third, but the umpires will rule that the runners had left early and that one had touched second base prematurely. They will declare two outs, no run scored and inning over. But UofL Coach Dan McDonnell was not about to let that happen. The umpires would disappear into the first base dugout for a video review, emerging 10 minutes later to overturn the call.

Louisville would go on to score six runs in that decisive inning, thanks largely to a two-run double by Dalton Rushing and a bases-clearing, two-run home run by Cameron Masterman. They would hang on for the next two innings, with reliever Michael Prosecky earning his second save. The win would go to Kaleb Corbett, his first of the season.

A memorable day for Rushing, the clean-up hitter, with two hits, two bases on balls, and three runs batted in in four at-bats. One of those hits a towering home-run that cleared the bleachers in left field.

Louisville a win to get the home schedule off to a positive start, hoping to erase the memories of a disappointing year in 2021 when the Cardinals failed to make it into the NCAA baseball tournament. That was not a good look for a team that has made to the College World Series five times since 2007.