Take a bow, Will Smith, of the World Series Champion Los Angeles Dodgers. Strongly representing the growing University of Louisville baseball fraternity in the big leagues.

UofL baseball produces tons of major league talent. No secret around campus,  no secret for attentive college baseball fans around the country. Still, it’s nice to be reminded just how impactful former Cards are when they reach the lofty heights of Major League Baseball 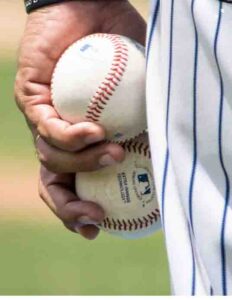 A total of 14 former UofL players appeared in MLB player pools in 2020, including several with playoff contenders and among the league’s top teams in MLB betting odds at sportsbooks. Will Smith held down the fifth batting spot for the Dodgers. Brendan McKay, with the Rays, was unfortunately sidelined with injuries.

Here’s a look at how four former Cards that made big contributions to playoff-bound MLB clubs in 2020;

Catching arguably for the best pitching staff in the big leagues is a job for a talented guy. The Dodgers have leaned on Smith to do just that for the past two seasons. The “Fresh Prince of LA” was a Cards standout from 2013 to 2016, hitting .382, .480 and .567 in three seasons and earning a Golden Glove during his final season.

Smith had four hits in the 2020 World Series, playing in all six games He had one home run, two runs batted in, scored three runs, and pounded a double off the leftfield wall in the seventh inning of the final game.

The Dodgers took notice and scooped up Smith in the first round of the 2016 draft. He cracked the big team roster with a breakout rookie season in 2019. He was an integral part of the LA’s World Series campaign, batting .289 with eight home runs and 25 RBI in the regular season.

Duvall was a big part of the Braves playoff run in 2020 while hitting 16 home runs (tied for third in the National League) and driving in 33 runs. UofL is always near and dear to Adam. Born and raised here and playing a stint in 2015 with the Louisville Bats while in the Reds organization.

Duvall hit .328 with 11 homers, 51 RBI, and 83 runs as a junior. He also turned in the first triple play in the history of Jim Patterson Stadium during a game against Ball State.

Green has proven himself a flexible righty over his five seasons with the Yankees, appearing out of the bullpen and as a starter. While the Rays dashed the Yankees’ postseason hopes in the American League’s Divisional round, Green can hold his head high. He posted a 3-3 record in 22 relief appearances in 2020, with a 3.52 earned run average and 32 strikeouts in 25.2 innings pitched.

Green pitched three standout seasons for Louisville between 2011 and 2013. His 2.38 career ERA with the Cards was a school record. His 18 starts as a senior was the second-highest all-time mark among Louisville hurlers.

McKay was already a Louisville legend when he left UofL three seasons ago.. The Pennsylvania native racked up just about every honor he could in three seasons with the Cardinals including John Olerud awards in each campaign. As a junior in 2017, he won ACC Baseball Player of the Year, the Dick Howser Trophy, and the Golden Spikes Award as the best US amateur ballplayer.

Tampa Bay nabbed McKay in the first round (4th overall pick) of the 2017 MLB draft. The hard-throwing southpaw cracked the bigs with the Rays in 2019, making 11 starts in 13 appearances. While his 2-4 record and 5.14 ERA wasn’t noteworthy on paper, McKay flashed signs of brilliance by striking out 56 hitters in 49 innings.

McKay’s hopes for 2020 were sidelined in August due to a shoulder injury. Baseball-Reference believes McKay will be a solid starter once he posts a full MLB season. The trusted stat site projects the former Card can go 16-12 in 32 starts over a 162-game slate.