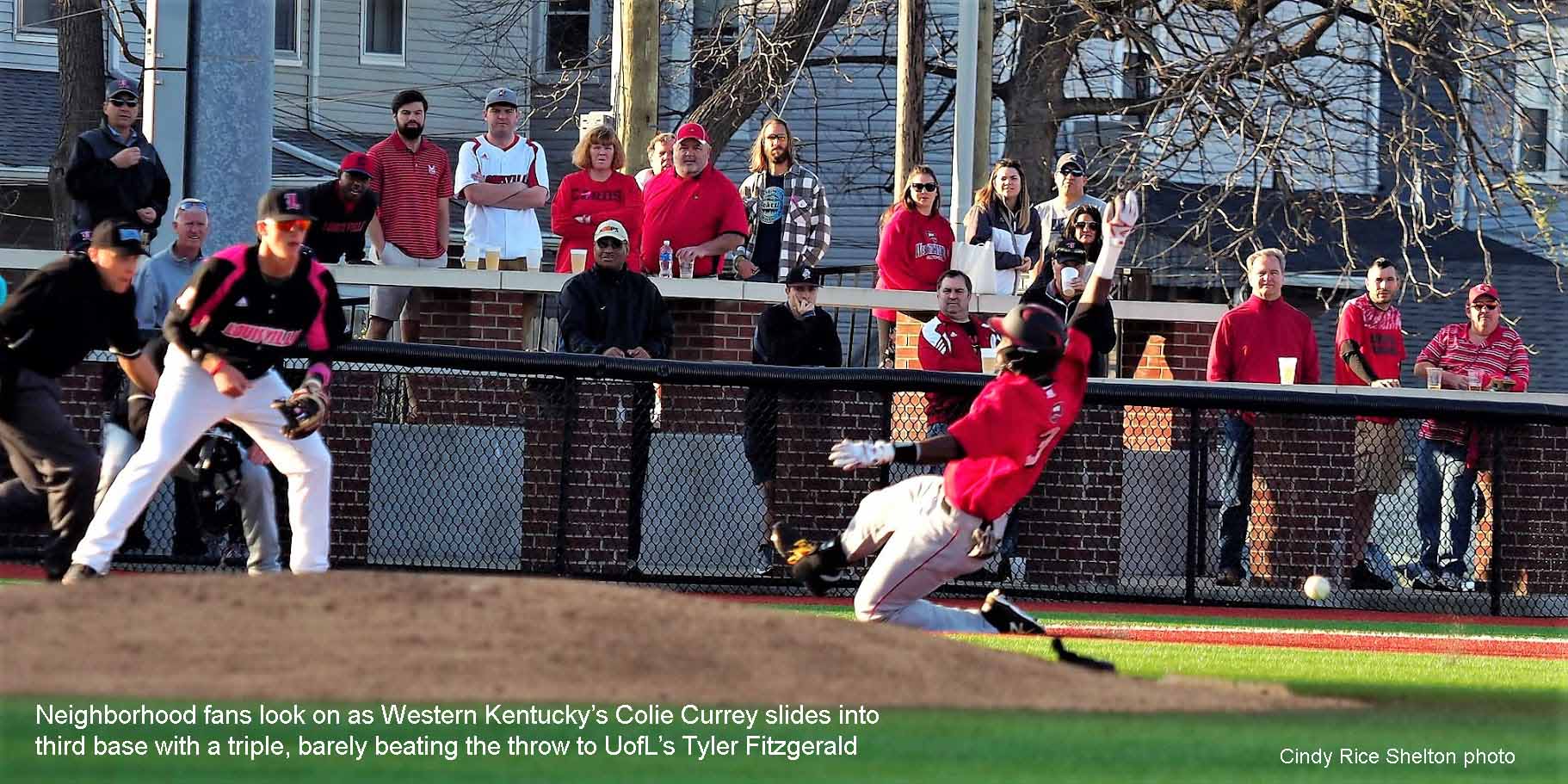 The University of Louisville baseball team was back in town Tuesday, enjoying the friendly confines of Jim Patterson Stadium where the UofL had yet to lose after 15 games at home.

Little drama in this one with the Cardinals pounding out 17 hits in an 11-1 win over Western Kentucky.mWins over WKU are not taken lightly, not with the series dating back to 1924. With the win, UofL now owns a 65-64 advantage in the series.

Brendan McKay, who had one hit in 10 at-bats in the weekend series against Boston College, had three hits, including a double, while scoring two runs and batting in another. He is currently hitting .431. Devin Hairston, at his best with runners on base, had two hits and drove in two runs while raising his batting average to .340.

The win improved the second-ranked Cardinals to 22-2 for the season. They travel to Virginia for a three-game series this weekend.