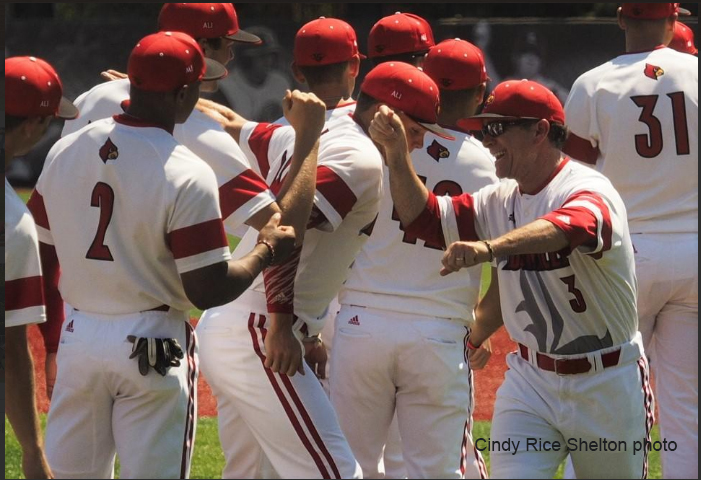 Season on the brink.

Never take anything for granted with this University of Louisville baseball team. Overconfidence will inevitably give way to subjection, having your butt handed to you.

Heady stuff, getting seven players drafted on the first two days of the Major League Baseball draft. Some team this Louisville baseball team, loaded with good hitters and pitchers, expected to go a long way.

Even Las Vegas caught up in the expectations, making UofL a 4/1 favorite to win the NCAA baseball tournament, ahead of Miami at 9/2, Florida at 5/1, Texas A&M at 11/2 and Mississippi State at 8/1.

Brendan McKay talking two days ago about the advantages of playing at home, sticking with the routine, enjoying phenomenal fan support and all the other positives — as opposed to a West Coast team playing a baseball game at what would be 9 a.m. in its time zone.

Playing at home in the Super Regional, home sweet home, where the Cardinals had won 34 of 35 games this season.

Louisville dropping a 4-2 decision to California Santa Barbara on Saturday before 4,634 fans at Jim Patterson Stadium. UofL baseball is one game away from being eliminated, ending one of the best seasons in the program’s history.

McKay going eight innings but giving up nine hits and four runs while dropping his fourth game against 12 losses this season. The Cardinals managing eight hits against UCSB’s Shane Bieber but unable to capitalize.

“It’s baseball,” said UofL Coach Dan McDonnell. “You tip your hat. They (UCSB) played hard. They swung and they found some holes. It’s just baseball. It’s nothing you’ll stay up late and try to dissect tonight.”

Blake Tiberi, with a couple of hits, including a home run, and Devin Hairston, also with two hits, providing UofL’s highlights. Tiberi also providing encouragement after the loss, “I don’t think we’re panicking or freaking out. I think we are ready to get back at it.”

Backs against the wall now. At least one more game, Sunday at noon. Not possible to take anything for granted.