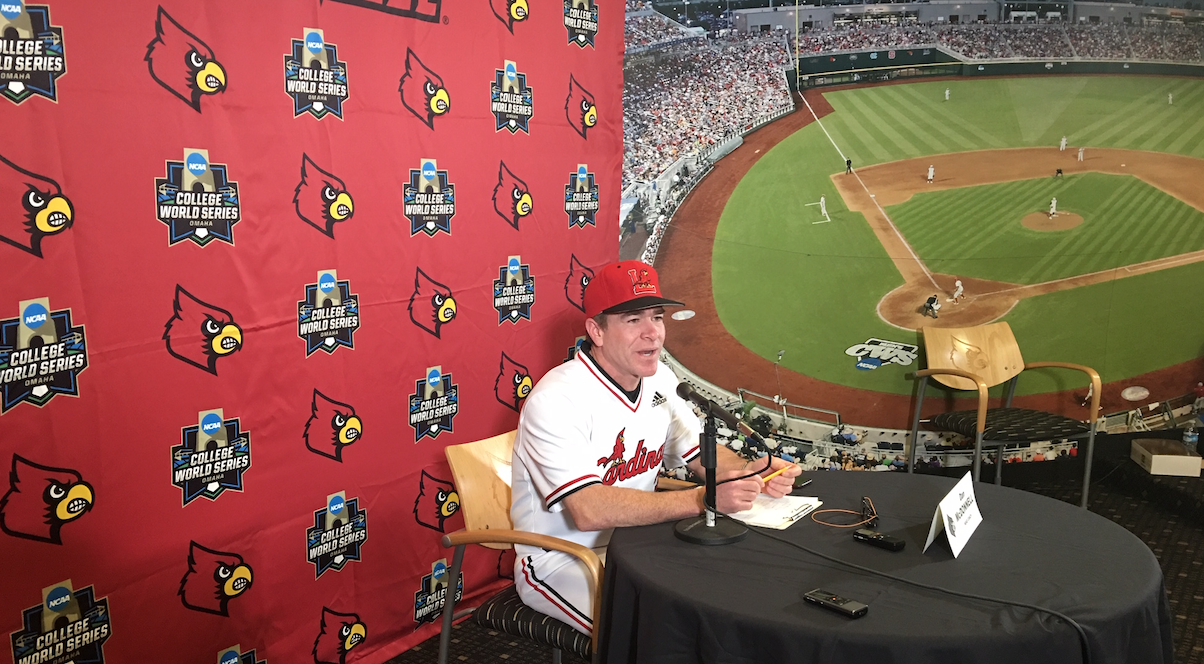 Editor’s Note: The college baseball season has arrived, believe it or or not, with the University of Louisville opening against UConn in the first of a three-game series at Lakeland, Fla. The series begins on Friday evening at 6 p.m. with game two set for Saturday at 3 p.m. and the finale on Sunday at 1 p.m.

Logan Wyatt couldn’t help but bring up the painful past during the University of Louisville baseball media day recently.  Specifically, his team’s loss in the Texas Tech Regional. One game away from another College World Series, the Cardinals were unceremoniously dumped 11-6 by the home-standing Red Raiders in a game that was never really that close.

“The ending of our season as we all know was kind of rough,” said Wyatt, one of several returning starters from the team that finished 45-19. “Following the fall season and scrimmages right now everybody’s intensity and focus seems to be heightened right now (because of last year).”

Infielder Tyler Fitzgerald echoed Wyatt’s feelings. “It’s with us a lot,” said Fitzgerald. “We talk about it every week. It was no secret we were a young team last year. We’ve got guys that will step up.

“One of our goals is we host a Regional and a Super Regional. I think that will make it a little easier on us. That was not the ending we wanted last year. It has definitely helped prepare us for the upcoming year. We know what to expect now,” said Fitzgerald.

All three games against UConn this weekend are scheduled for coverage on 93.9 The Ville.

Louisville returns a bulk of that team from last year, according to coach Dan McDonnell, and added a freshman class that could help this team get to Omaha and the College World Series for the fifth time in program history.

“When I try to put the measurables in place, what am I looking for it starts with our commitment to academics in the class room. We’re coming off a good summer. We’ve obviously got a lot of talented players returning.”

“We’ve got a bunch of leaders this year that can step up and if we keep the leaders going in the right direction we’ll be all right,” said Wyatt a junior from North Bulllitt High.

Wyatt has received some preseason accolades after batting .339 and leading the team with 69 runs batted in. His six home runs were second on the team. Danny Oriente, Drew Campbell and Jake Snider also hit 300 or higher last season. The pitching staff includes some familiar names, including Reid Detmers,  Austin Conway, Bobby Miller and Shay Smitty.

The Cardinals are ranked in most preseason polls somewhere in the top 10. Last week Atlantic Coast Conference coaches voted UofL as the top team in the conference edging perennial power Florida State.

As one coach said a couple of years ago, “Louisville is the new elite program in the Midwest.”

No doubt about that.