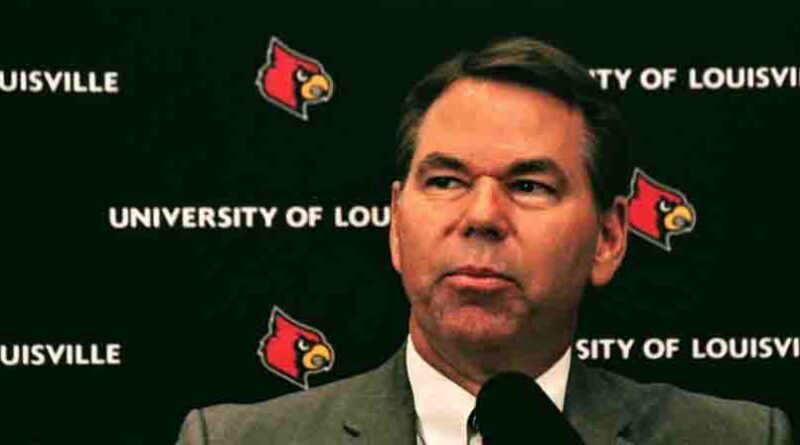 When one of America’s wealthiest universities is cutting athletic programs, others should be concerned. Educational institutions tend to follow the leader so one can see Vince Tyra already sharpening his pencil at the University of Louisville.

Yes, that Stanford, the behemoth with a $26.4 billion endowment, the fourth largest endowment in the nation, behind only Harvard, Texas and Yale.  Announcing in a letter, “These 11 programs consist of more than 240 incredible student-athletes and 22 dedicated coaches. They were built by more than 4,000 alumni whose contributions led to 20 national championships, 27 Olympic medals, and an untold number of academic and professional achievements.”

Why not just tap into the endowment? If one assumed endowments were meant for hard times, one would be wrong. They are generally largely created to provide a consistent flow of cash from interest payments for the school, or for specific programs within the institutions. No way any of those dollars going to be used to preserve sports programs.

Stanford, one of the most liberal schools in the country, a leader in the environmental movement, the one with a tree as its sports logo. Challenges of maintaining 36 varsity sports teams exacerbated by the pandemic. No mentions of equality or inclusion. No dipping into that precious endowment. Period.

If it’s true at Stanford, it’s relevant on Belknap Campus. UofL currently has 22 sports programs, including 12 for women and nine for men. Numerous sports have thrived since Title IX of the Education Amendments was enacted in 1972, bringing with them talented athletes and scholars from across the nation. Aside from football and basketball, however, few of the sports programs are money makers.

UofL, as with most schools, will be profoundly affected if the college football season goes by the wayside and basketball is threatened. As Sports Illustrated noted, “Almost everyone will be eliminating sports. Absolutely everyone will be slashing budgets. Scholarships, educational opportunities and jobs will all disappear in large numbers.”

No stranger to tough decisions, Athletic Director Vince Tyra has already implemented early rounds of pay cuts and layoffs at UofL. He will be confronted by many more significant issues in the weeks and months ahead.