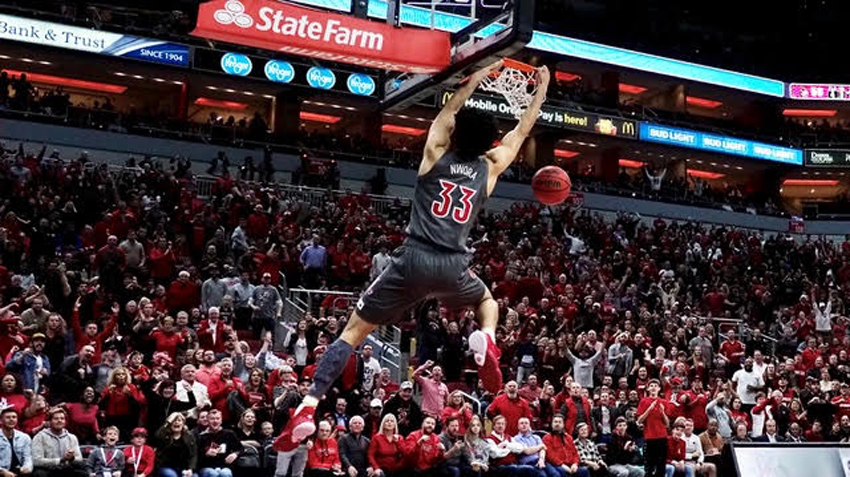 Knew it wouldn’t take long. Pittsburgh came into the KFC Yum! Center Friday with every intention of knocking off No. 1 Louisville, leaving empty handed with a 64-46 loss. Anything but easy for the home teram

One of those reasons, defense. Louisville closed the game with a 17-4 run. It helped the Cardinals held Pitt to its season low point total.

Jordan Nwora led with 19 points, six rebounds and two assists. Every Louisville player had a 3-point basket in the first half. Nwora was the last to join that club just before intermission.

“I’ll bet Jordan didn’t even care,” said Ryan McMahon, who added 11 points, three rebounds and two assists. “Not only do we have a bunch of weapons. We’ve got a bunch of unselfish guys.”

And Nwora is just fine, thanks, after mysteriously hitting the floor in the second half, returning a few minutes later with a crushing dunk.

Louisville had 17 assists on 23  baskets. That’s a sign players are getting the ball to their teammates in the right position.

Malik Williams added 13 points and 11 rebounds in his best game since returning from an injury. “I’m healthy, just getting back into the flow, learning,” said Williams.

Dwayne Sutton only took four shots but had five rebounds and five assists and a blocked shot.

Louisville now readies itself for a Tuesday night game in the Jimmy V Classic in Madison Square Garden against last season’s NCAA runnerups, Texas Tech (5-3). “You can tell when you walk into the place. The history. I played there against Memphis I believe two years ago. We’re real excited about it,” said McMahon.

Texas Tech will be excited as well. They’d like nothing better than to knock off No. 1 under the bright lights of “the big apple.”