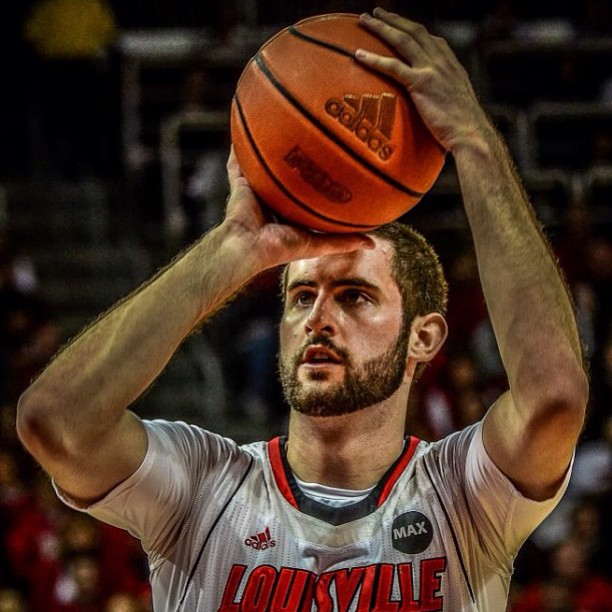 The long wait is over.

A third NCAA basketball championship is in the books, the University of Louisville prevailing 82-76 win over a rugged Michigan team,   the best defensive team in the country shutting down the most prolific offense.  If there was any doubt, the Cardinals proved beyond any doubt that defense wins championships.

The glow over the UofL athletic program over the last few months has ballooned into a mammoth halo engulfing the Louisville community, home of one shining university that only continues to get better and brighter. A monumental season, a record number of wins at 35, a share of the Big East Conference title, the Big East Tournament championship, and the ultimate prize in college basketball. On the same day announced that he is a Naismith Hall of Famer, Rick Pitino becomes the first coach to win an NCAA championship at two different schools, demanding everything from his players, not accepting anything less, guiding them through the obstacles on the court and in their lives, watching them succeed, finally cutting down some nets.

Falling in front of a Michigan blitzkrieg in the first half, a Michigan team hitting 66% of its shots, the Cardinals were dazed and baffled, falling behind by 12 points, needing a miracle. Anybody out there? Well, there’s always Luke Hancock. And Luke will answer the call, answering with four straight three-point shots, clean, pure net — each from the same spot on the floor.

Hancock, with his ailing dad watching from the front row, a player who will return next season, would be named the tournament’s Most Outstanding Player, contributing 22 of the most important points in Louisville basketball history.

Chane Behanan wanted this, wanted it more than anything ever, a work horse on the backboard, unveiling the dexterity and work ethic that he had been saving for a special occasion, this one, envisioning a national championship, never giving up on rebounds or shots, pounding and pounding away. Chane would finally rebound, “a man among boys on the boards,” commandeering 12 rebounds while contributing 15 points in his best game ever in a red and black uniform. Peyton Siva does so many things, providing a calming presence among the most significant, taking control after Hancock gets UofL back in the game, attacking the middle, finding openings in impossible places, adding 18 points, coming up with six rebounds, four steals and five assists. Banged and bruised he would get no rest or sympathy from Rck Pitino, needing his star guard for 36 minutes of “awesomeness,” knowing Siva won’t let him down.

Gorgui Dieng, playing 37 minutes in possibly his last game with UofL, making it a memorable one, back to hitting jumpers and putbacks, quietly going about his business. Assisting Siva in managing the offense, turning in six assists, a new personal high for him, along with eight rebounds, eight points and three blocks. Neutralizing Micigan’s Mitch McGary, allowing that imposing presence, one of the leading scorers in the regional, only six points.

Russ Smith, another player appearing in possibly his last UofL game, reverting back to the old Russ even in a championship game, but making buckets of memorable contributions along the tournament trail, forever embedding himself into the hearts of Cardinal fans. That contested jumper of his at the 8:44 mark giving UofL a 53-48 lead, sending McGary to the bench with four fouls. Despite his challenges on the final night, Russ will be remembered as one of the best performers in the overall tournament.

Montrezl Harrell would provide the awe-inspiring slam dunk of the tournament at just the right time in the first half, that smile of his lighting up the arena, motivating his teammates, firing up the UofL faithful, providing a vision of the future, visions of continuing greatness from the Pitino stable on the Belknap Campus.

Kevin Ware willing his team to come back, deservedly getting the honor of cutting down the last remnants of the net, looking forward to the day when he can get back out there.

A wildly jubilant UofL fan base celebrating late into the night in Louisville, in Atlanta, and on Bourbon Street in New Orleans, a must-be-there destination for many UofL partisans with visions of still another NCAA basketball championship this season. The Louisville basketball team began the season ranked No. 1 or No. 2 in all the national polls, living up to expectations, exceeding expectations, delivering one of America’s most coveted prizes to their school, their community, their families and fans.

The headlines, the banners, the glory, they all belong to the  University of Louisville. The long, long wait is over.

This moment, this day, this season, this year belongs to the Cards!