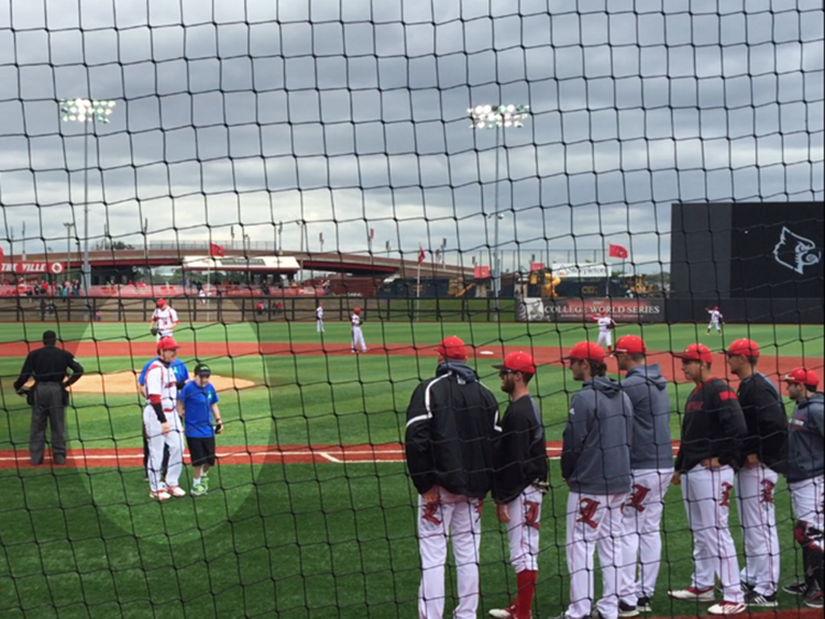 His mom, a University of Louisville fan, doesn’t remember who the UofL baseball team was playing that day. Just that Coach Dan McDonnell was cheering him on.

Twelve-year-old Logan Johnson was throwing out the honorary first pitch before the UofL-Wake Forest game. He was positioned several feet in front of the mound so he could get the ball to the plate.

A miracle that Logan was there at all.

Logan is the recipient of a heart transplant. So it was a precious moment for his parents Melissa and Kevin Johnson. A blessed moment, one of many for the family since he was diagnosed with a failing heart two years ago.

“We were told a heart transplant was his only chance of survival,” said Melissa, who explained he was placed on a donor’s list that might take one to two years for a heart to become available.

“Someone had another plan for Logan. On Oct. 18, 2014, we received the call that a very special family during their darkest hour said yes to organ donation and Logan’s life was saved. Logan spent eight weeks in Cincinnati recovering and returned home to Louisville on December 18th, and it was the best Christmas present ever.”

Logan was representing Brave Hearts, which is a support group at Kosair Children’s Hospital for children with heart problems.

Logan threw a strike at the game, of course, and he received a baseball signed by Coach McDonnell and all the UofL players. “He had been a UK fan but he’s definitely a UofL baseball fan now,” said Melissa.

One thought on “Logan Johnson delivers for Louisville baseball”