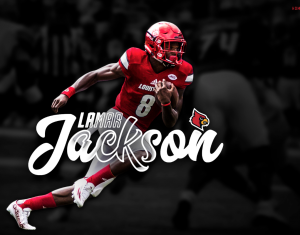 The University of Louisville has created a web site for Heisman Trophy candidate Lamar Jackson, making it easier for scribes and fans to keep up with his record-breaking statistics.

Check it out at Lamar8.com.

Through his first six games, the UofL quarterback has 1,806 passing yards and 832 rushing yards. He has accumulated 30 touchdowns, including 15 passing and 15 rushing for the seventh-ranked Cardinals.

And he’s only just begun.