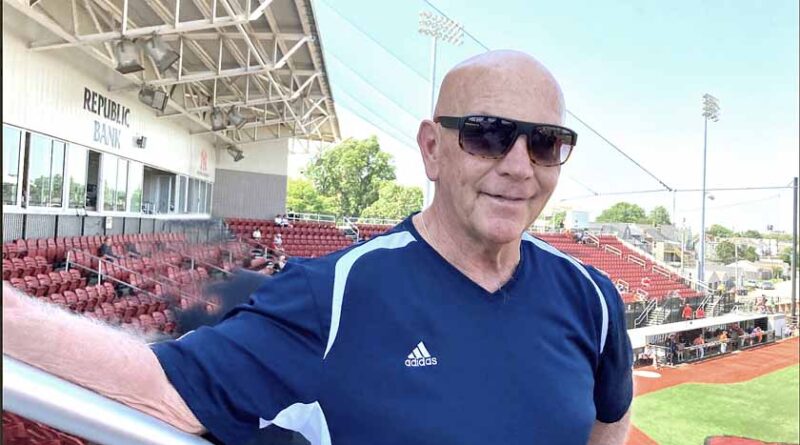 Former University of Louisville slugger Jim LaFountain made some special memories with the UofL baseball team back in the Seventies. He was back in town Friday, cheering on the Cardinals in the second game of a series with Virginia and reliving some of those memories.

One of them is unlikely to ever be matched. The date was March 24, 1976. Louisville was playing Western Kentucky University in the second game of a doubleheader at the old Parkway Field, which was located on Belknap Campus.

His record of three grand slams still stands. Five other players have tied LaFountain’s record of two grand slams in an inning (a feat that hadn’t been achieved before 1976), yet no one but the Louisville slugger has managed three in a game.

“It was an unbelievable day,” he said. “I still shake my head sometimes when I think about it.”

The game lasted only five innings, according to NCAA.COM, because Western Kentucky asked Louisville coach Jim Zerilla to mercifully end the game after the Cardinals took a 26-4 lead in the fifth.

The former UofL player was accompanied by Henry Sadlo, a friend, a fan and a Louisville physician, giving long-time fans an opportunity to meet with the former Louisville star. He introduced him to this Observer who remembered LaFountain as the face of UofL baseball in the Seventies. LaFountain was drafted by Minnesota following the 1976 season, and he played years in the Twins organization. He currently resides in Utica, NY, where he operates a fitness facility.

LaFountain’s son, Jim, Jr., later played for the UofL baseball program and was signed as a free agent by the New York Yankees following the 2005 season. During his final season at Louisville, he led the team in hitting with a 337 batting average, hit eight home runs and had 48 runs batted in.