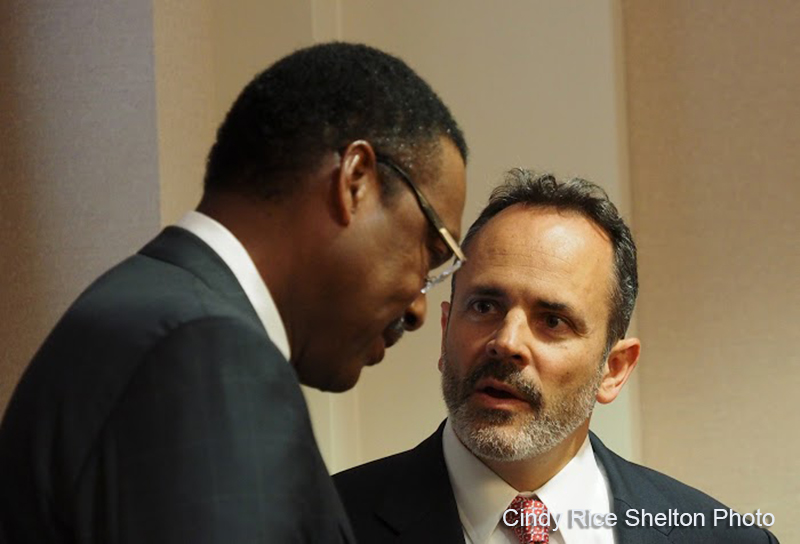 Jim Ramsey continued to preside as President of the University of Louisville following the first meeting of the new Board of Trustees on Wednesday. The new members not sensing any need to make any immediate change.

That was disappointing to a couple of people — Andrew Wolfson of the Courier-Journal and Chris Otts of WDRB-TV — who have been beating the media drums for a couple of years in support of recalcitrant members of the old board dismissed by Gov. Matt Bevin.

Wolfson and Otts, attempting to make news instead of reporting it, were taken aback that Ramsey was still around following a closed session on personnel. They sought to turn the private session into a violation of the open meetings law, threatening to have a court seek video or notes from the session.

Junior Bridgeman, who was elected Chairman of the Board, wasn’t taking the bait. “You can vilify me tomorrow,” he said. “We discussed a number of things with Dr. Ramsey but we did not agree to anything.”

There apparently was no discussion of Ramsey’s future. Nor did there need to be since board members were already aware of his offer to resign from his position if the board wanted him to leave.

“We felt like we needed to analyze things a little bit more since everybody is new,” said Bridgeman. “He’s willing to do whatever the board wants him to do.”

Gov. Bevin was on hand for the first meeting, thanking the members for serving, describing the board as capable of running any corporation in the country.

“I have already received and accepted his resignation and I think that speaks for itself. And I think the timing of that as he has said, he’s willing to stand down within a day or whatever period of time the board determines,” Bevin said. “I defer to their judgement. They will collectively decide.”

Bridgeman noted that other personnel issues, as well as litigation matters, were discussed during the closed session. Whether the law was violated or not is of little consequence and any repercussions would be minimal.

Just a couple of wimpy reporters, disappointed, wanting to sound tough, not getting their way again. Jim Ramsey heads back to his office continuing to preside over the University of Louisville.