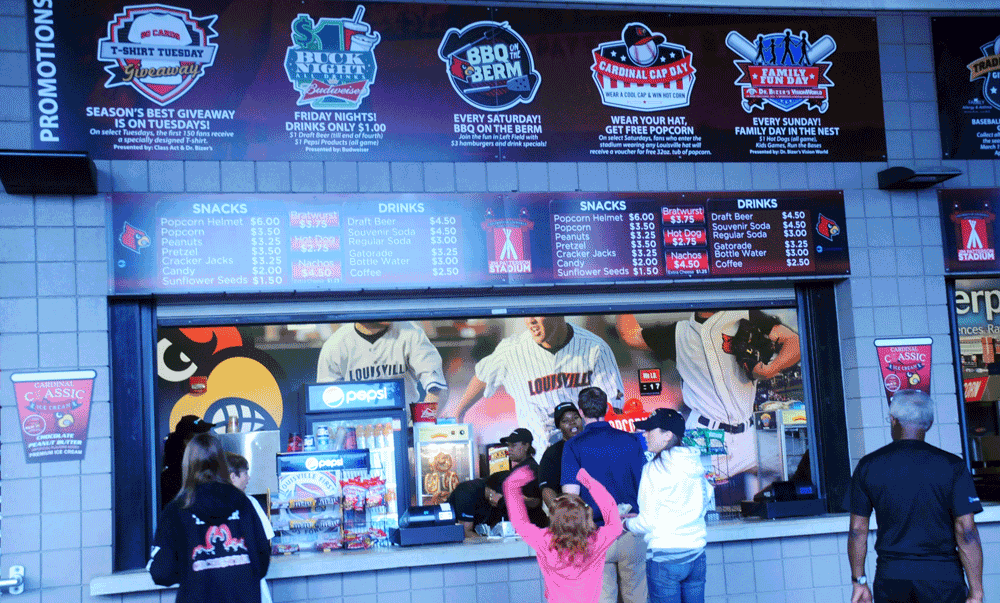 Jim Patterson Stadium gets a glowing review in Stadium Journey, a publication and web site that rates the quality of sports stadiums across the country,  following the visit of a correspondent to a recent UofL baseball game.

Reviewer Jordan Baer gave the stadium 4 1/2 stars on a scale of 5 despite less than ideal weather conditions.  “Even though my visit was plagued with sprinkles and showers of rain, I still came away with the impression that U of L baseball is one of the best supported baseball programs in the NCAA,” he wrote. And did you know that some of the brick walls from old Parkway Field were incorporated into the design? The walls holding the support beams in left and right fields were transported from the old facility, which saw the likes of Babe Ruth and Honus Wagner during its hey day.

Baer is justifiably complimentary of the amount and appeal of food offerings throughout the ball park, citing the variety of concession stands as well as the variety of products available. His favorite item by far was Louisville Cardinals ice cream, proclaiming “Team branded ice cream isn’t something you find at the ballpark very often, and the University of Louisville certainly went above and beyond in offering their fans creative food products.”

“Overall, you just can’t go wrong with a visit to Jim Patterson Stadium. The crowd support is there, most of the amenities are there, and the feel of an NCAA baseball game is there. I came away with the overwhelming feeling that I was on the road to Omaha with a team looking to capture a championship. I also came away with the feeling that U of L baseball is on the rise. There is no telling how grand of a facility Jim Patterson Stadium will be 10, 15, or 20 years from now …”

Check out the entire review here.