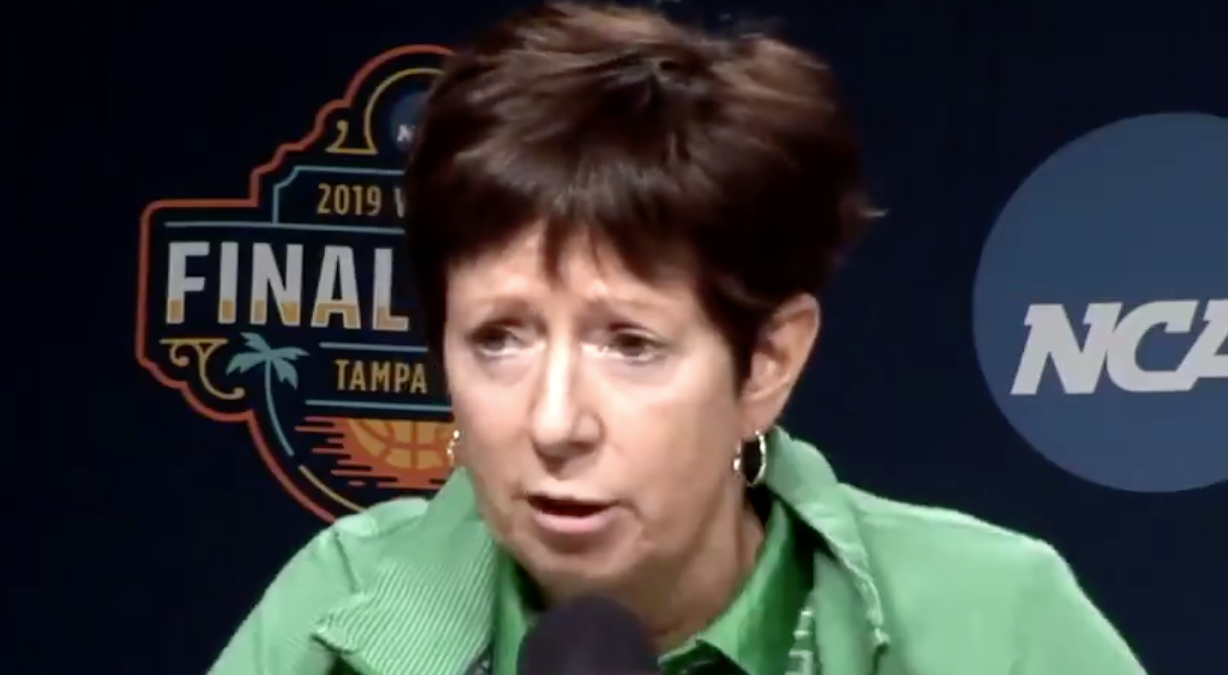 Must be awful not to be a man, always a target of so much ongoing criticism.

Ann “Muffet” McGraw has all but suggested that her gender has an inferiority complex when it comes to the leadership roles men and women play generally in society. Expressing resentment that “men run the world, men have the power, men make the decisions.”

One has to wonder, however, what the coach of the Notre Dame women’s basketball team is really angry about — the prevalence of men who have embraced authority down through the years, or the comparative lack of women pursuing leadership positions.

Before one labels her as a full-fledged man-hater, it should be noted she has been married to Matt McGraw for 42 years.  Their son Murphy was a fixture at many Notre Dame practices during his youth.

She apparently believes the shortage is because of male dominance, criticizing men for allegedly not giving power to women. Yet in the next breath, the women’s basketball coach at Notre Dame would essentially do the same in reverse, saying she would no longer hire male assistants.

One would have to conclude that McGraw would also be against hiring men as head coaches of women’s basketball teams. Despite the proven success of men like Geno Auriemma, winner of 11 national titles at UConn, or Jeff Walz, at the University of Louisville, with 11 NCAA appearances and three championship games in 12 seasons.

Missing out on coaches like Auriemma and Walz, who have earned the respect of their peers and players while sending numerous players to the professional ranks, would be a major blow to women’s basketball.

McGraw, in her frustration with her perceived lack of progress, chooses to point fingers. She would do well to acknowledge how so many young women have benefitted from the commitment and dedication of male coaches.

She hurts her cause with constant criticism of the disparities, continuing to harange athletic directors and fellow coaches. The misplaced frustration and anger are not helpful to the sport, nor are they viable factors when it comes to hiring winning coaches.

One thought on “Is Muffet more angry at men than disappointed in women?”