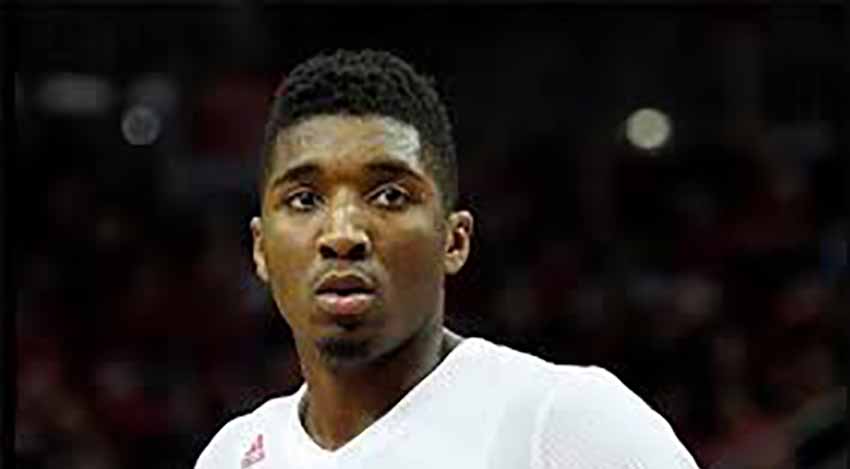 Basketball
Steve Springer 3 min read
By Steve Springer
I grew up my entire minor life in Louisville.  My mother took me with her to a teachers’ in-service at Male one summer when I was a wee little Card. Probably early eighties. Alumnus Griff was shooting by himself in the gym. She took me in and Dr. Dunkenstein held me up to slam it through.  I don’t remember it but my parents are proud to remind me of it.

In the following years I was blessed to have been provided the opportunity to go to game after game at Freedom Hall and see his mug here and there and always reminded of his place in Cardinal Lore, in record books, posters, memorabilia adorning my parents’ home.  He was a fixture of my childhood.

We ran into him again on the Toonerville Trolley by the Galt House a few years later and I of course recognized him and got his autograph.  He seemed pleasantly humbled that a young kid would recognize him after being gone from UofL for so long, and so did my mother.
I’ve lived the UofL life. I’ve known him since I was able to have conscious memories. I went to all the home games as a kid. I skipped school when I was old enough to drive to sneak to the daytime C-USA tourney games. I went to UofL out of high school. I know the whole story. Griff is fully appreciated by me, as he is by you probably if you took the time to click on this article.
This begs the question, how is Donovan Mitchell so Cardinal?  How is he so Louisville?  How is his blood so red that Don dons a #35 jersey in the process of becoming the first Cardinal to win a Slam Dunk contest?  We’ve had four Cards try to bring home the trophy, with Billy T, Greg Minor, and of course Griff, coming up short.
Spida exudes L1C4 as much as I could. If I was six inches taller I would be in the NBA doing what he does. At least in my imagination.  I would be ripping off my team jersey and dunking in my throwback Mike Abrams #44 Dunking Cardinal jersey.  But where does he get it?
He’s not from The Ville. He is from friggin’ New Hampshire, grew up in New York, and went to school in Connecticut.  Not a recipe that had him popping cups at Redbird games.  He didn’t count down the days until Derby Festival. He didn’t party at Kentucky Kingdom Friday Night Dance parties with N2Deep and cruise Preston Highway.
He spent two years as a Cardinal, yet he’s tweeting pictures of custom red Adidas kicks that he’ll wear in honor of a championship team he didn’t play a second for.  He’s being honored by Griff himself to receive his trophy in Salt Lake tonight.
As cliche as it is, Donovan embodies everything that is L1C4, us against the world right now.  His character, demeanor, and sentimentality for everything that is so sacred to Cardnation is so refreshing right now that it is such a breath of fresh air in all of the moral repugness that is the NCAA and its shenanigans against UofL the last couple of years.
The shoes Donovan is wearing tonight have a “D” that looks like a wing. Some or most would say a that is a Cardinal wing. I think it just might be an angel wing… “Biggest Fan of the Big East”

One thought on “How is Spida Mitchell so Cardinal Red?”