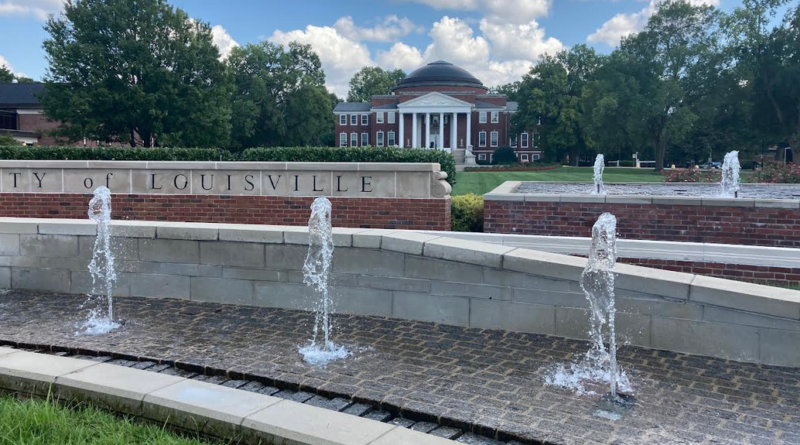 Once again the University of Louisville is on the precipice. Having lost another basketball coach, after losing another athletic director, and losing another University president. Less than six years after going through eerily similar circumstances on Belknap Campus. So much uncertainty, so unnecessary.

The natural tendency is to want to assign blame. UofL athletics, despite what was happening on the administrative front, was hugely successful in 2016. The school had just joined the Atlantic Coast Conference two years earlier, competing for conference championships in basketball, football, baseball, men’s soccer, volleyball and field hockey. Attendance records being set in every sport and the financial coffers overflowing.

But because David Grissom was appointed to chairman of the Board of Trustees, the school would wind up firing Tom Jurich, the most successful athletic director in UofL’s history. On the same day that Rick Pitino was fired as basketball coach. Also. over an extended period, running down the reputation of Jim Ramsey who had overseen phenomenal growth at the school.

Bendapudi not up for the job at Louisville, leaving overnight, gone the next day after getting the offer. Now she’s lost in the bureaucracy at Penn State, just another in a long line of administrators, probably never to be heard from again.

Grissom and company entrusting the future of the school in the hands of Neeli Bendapudi. The future looked good with Bendapudi pledging to make UofL one of the nation’s most distinguished research universities. A chance for her to build a legacy, to demonstrate her leadership abilities by transforming UofL.

She must have doubted her own abilities, because she jumped at a chance to be the president at Penn State University. Not up for the job at Louisville, leaving overnight, gone the next day after getting the offer. Now she’s lost in the bureaucracy at Penn State, just another in a long line of administrators, probably never to be heard from again. Never the best choice for UofL.

Before she left, however, Bendapudi was perceived to be interfering with Vince Tyra’s decisions as they related to the football and basketball coaches. Understandable if Bendapudi felt no loyalty to any of them since she was not involved in their selections. Tyra had been named by Grissom, Tyra had selected Scott Satterfield and Chris Mack. Planning her exit carefully so that Tyra was out of a job at Louisville while missing out on an opportunity at Florida State.

So now UofL is again operating under an interim president, an interim athletic director, and an interim basketball coach. Plus a football coach desperately seeking to ensure his future with wholesale shakeups on his coaching staff. Again, so much uncertainty, so unnecessary.

The most logical next step would be to identify a new University president as soon as possible. That individual should be able to make the decision about the next athletic director. Two jobs requiring strong leadership abilities, but with the potential of clashing personalities. Just as was evidence with Bendapudi and Tyra. It just makes more sense to hire the president and to allow that individual to make the final decision on an athletic director.

That’s not immediately obvious to basketball fans who will be spending the next several weeks and months speculating over the choice of a new basketball coach. Lots of potential problems if the new basketball coach has been involved in questionable recruiting practices at their former schools. Bruce Pearl, for example, has had NCAA run-ins at Tennessee and Auburn. Kenny Payne, although a UofL alumnus, had been involved with “innovative recruiting” approaches at the University of Kentucky. The potential for future problems should be obvious.

Going to require loads of patience from UofL supporters for the foreseeable future. We have to get it right or we’ll be meeting like this all over again. Doesn’t have to happen. UofL absolutely has to make the right choice for president this time around.

9 thoughts on “Hiring new President must come first at UofL”