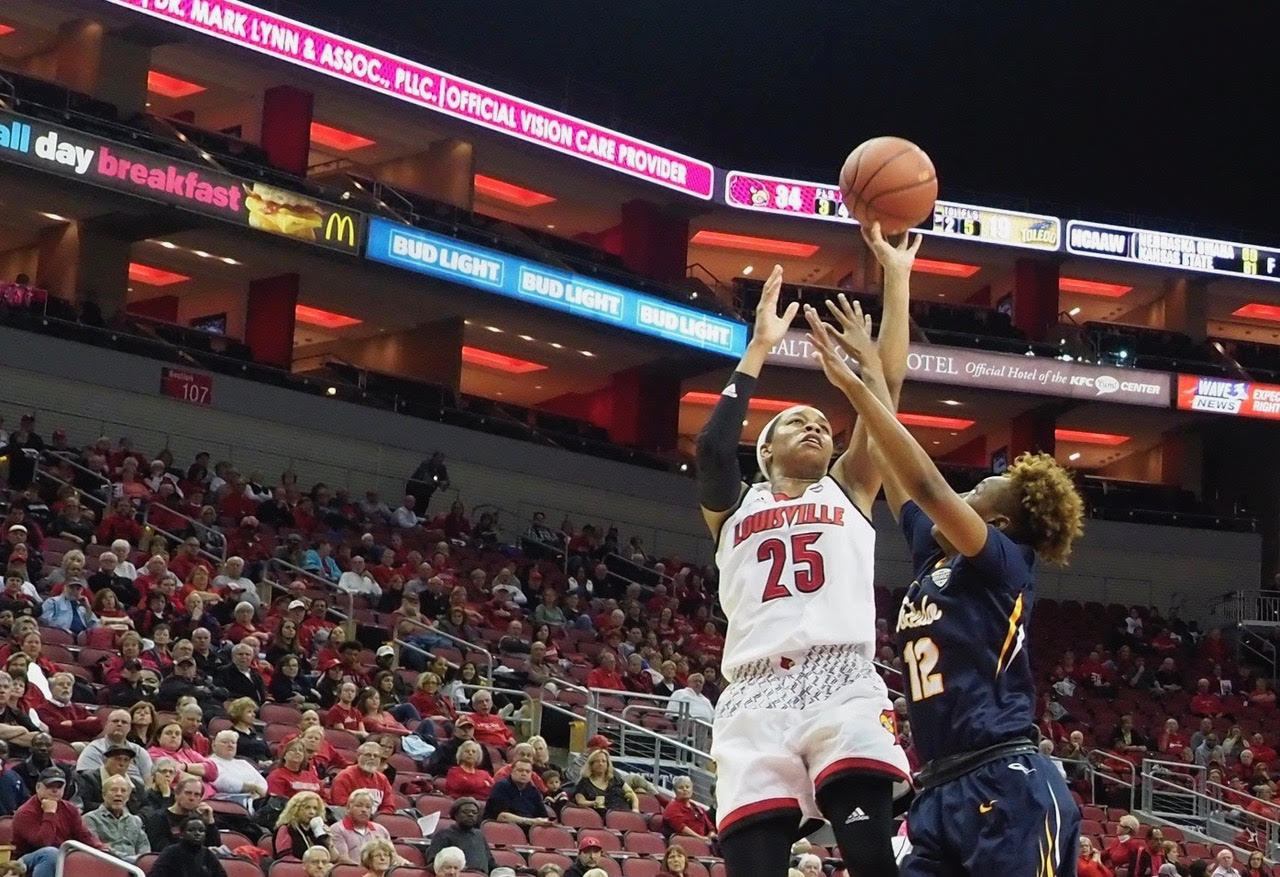 Toledo was focused on stopping Asia Durr two nights after she set an all-time single game scoring record of 47 points for the University of Louisville women’s basketball team.  She scored only 14 points but she played only 17 minutes in this game.

The visiting Rockets discovered there are some other scoring threats on this UofL team — namely Myisha Hines-Allen and Jazmine Jones who each scored 17 points apiece and pulled down 10 rebounds. Plenty of power in the middle for the Cards this season, with Kylie Shook coming through with eight rebounds and four points.

Junior Sydney Zambrotta also impressing Coach Jeff Walz with her defensive intensity, seeing 16 minutes on the floor, actually starting in the second half. Her 3-point shot still beautiful, sinking both of her attempts. She also pulled in three rebounds and was credited with a couple of assists.