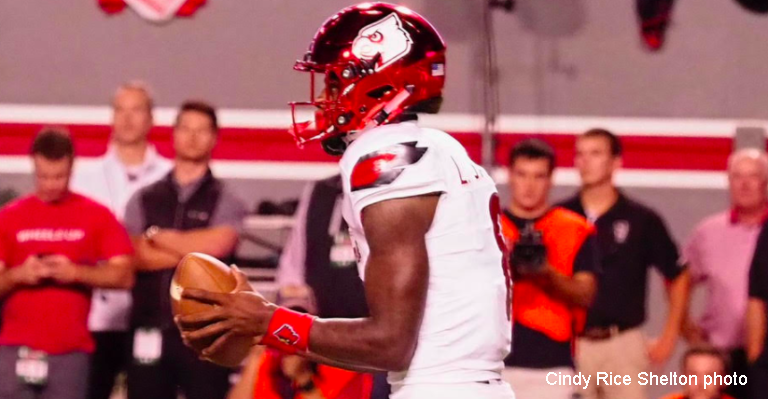 Plenty of accolades to go around following the University of Louisville football team’s 31-28 win over Florida State Saturday at Tallahassee:

— Kicker Blanton Creque for that 34-yard field goal with five seconds left on the clock. First game winner ever for him in the closing seconds. More than making up for a dud at the end of the first half.

— Running back Dae Williams finally making it into the backfield after recovering from an injury that kept him on the bench for most of the season. The freshman scoring his first touchdown on a 25-yard dash in the third quarter. The long wait for him finally over.

— Running back Reggie Bonnafon in one of his better offensive performances, 74 yards rushing and a two-yard touchdown. Never flashy but never to be counted out.

— Quarterback Lamar Jackson, of course, rushing for 178 yards and a touchdown while passing for an additional 156 yards and another touchdown. The exceptional becoming the expected.

— Defensive Coordinator Peter Sirmon for a noticeable improvement in his defensive unit’s tackling, holding Florida State’s offense to 155 yards rushing. Earning a reprieve from the boo birds for at least six days.

— Coach Bobby Petrino winning his second game in four tries against Florida State. First win in Tallahassee for the Cardinals since Johnny U in 1952. His offense at times more closely resembling Bobby 1.0 this day.

Down goes Florida State again, ending the week from hell for Louisville fans. Needed that one.