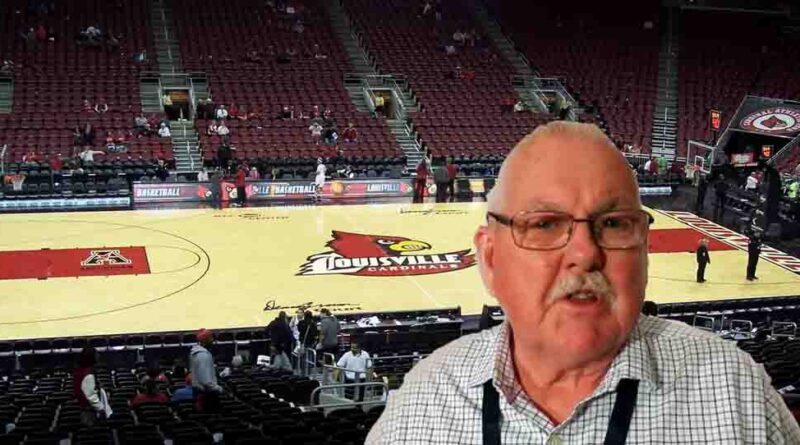 Call it fan fatigue. Call it losers mentality. Call it what ever you want. It’s hard for this writer to admit he is a part of Card Nation, at least on the men’s side. This academic year would have been disastrous without the success of women’s sports at UofL.

The misery began with a pummeling to Kentucky in the final game of the regular season and continued with a close loss to Air Force in the  First Responders Bowl.   Followed by rumors of the Purdue coach coming to Louisville, the rumors dispelled only after weeks of upheaval in the fan base. Former Athletic Director Vince Tyra outmaneuvered by outgoing Former President Neeli Bendapudi who herself was on the way out of the door. Me first in both instances, little regard for University supporters and UofL fans.

The problems extending to men’s basketball. Coach Chris Mack resigns because he can’t get the players to do much of anything he wants them to do. That’s after a six game suspension by Bendapudi. No President, no AD, no coach. No leadership.

Interim Athletic Director Josh Heird has made the best of a bad situation. Since Mike Pegues was named the interim coach the second time this season the Cards are on a seven game losing streak. That hasn’t happened since 1940-41 when Louisville finished 4-14. Pegues was 5-1 during Mack’s suspension. Mack returns and Cardinal basketball goes 6-8. Mack negotiates a deal for almost $4 million. He leaves and laughs while enjoying the Super Bowl with his hometown Bengals in Los Angeles. I’m not blaming Mack. His recruiting and transfer portal choices were iffy this year. He had some marquee wins in the first couple years here.

Former Coach Rick Pitino continues to shade Louisville’s name in the news. In his book before going to prison, Myrl Code, the so called money runner or chaser for Adias and Nike, said in an interview with Sports Illustrated’s Pat Forde, that Pitino knew about the Brian Bowen money situation.

Pitino denies it, of course. Now the “Italian Stallion” is blaming his dismissal from Louisville on former Kentucky Governor Matt Bevin. Okay, Rick. It’s every one else’s fault. Not yours. Enough. Shut up and coach Iona.

Sooner or later, one hopes, UofL will be able to sort things out for men’s sports. Meanwhile, we can thank coaches like Jeff Walz in women’s basketball, Dani Busboom Kelly in volleyball, and Justine Sowry in field hockey for some very positive UofL fan experiences.

The UofL women’s basketball team has been in the top five most of the season, having defeated five top 20 opponents this season. Walz’ team, with a 23-3 won-lost record, will command a high seed in the upcoming NCAA women’s basketball tournament. Keely took her team to the Final Four in the women’s volleyball competition and, with a couple of breaks, could easily have won the whole thing. Sowry’s team was the No. 6 seed in the national field hockey tournament.

In case you missed it, University of Louisville swimming and diving is one of the top programs in the nation and Coach Arthur Albiero is among the best. The UofL men’s team is the reigning men’s team champion after winning the ACC for the first time ever last year.  The UofL men’s team is ranked 10th nationally this season and the women are ranked seventh.