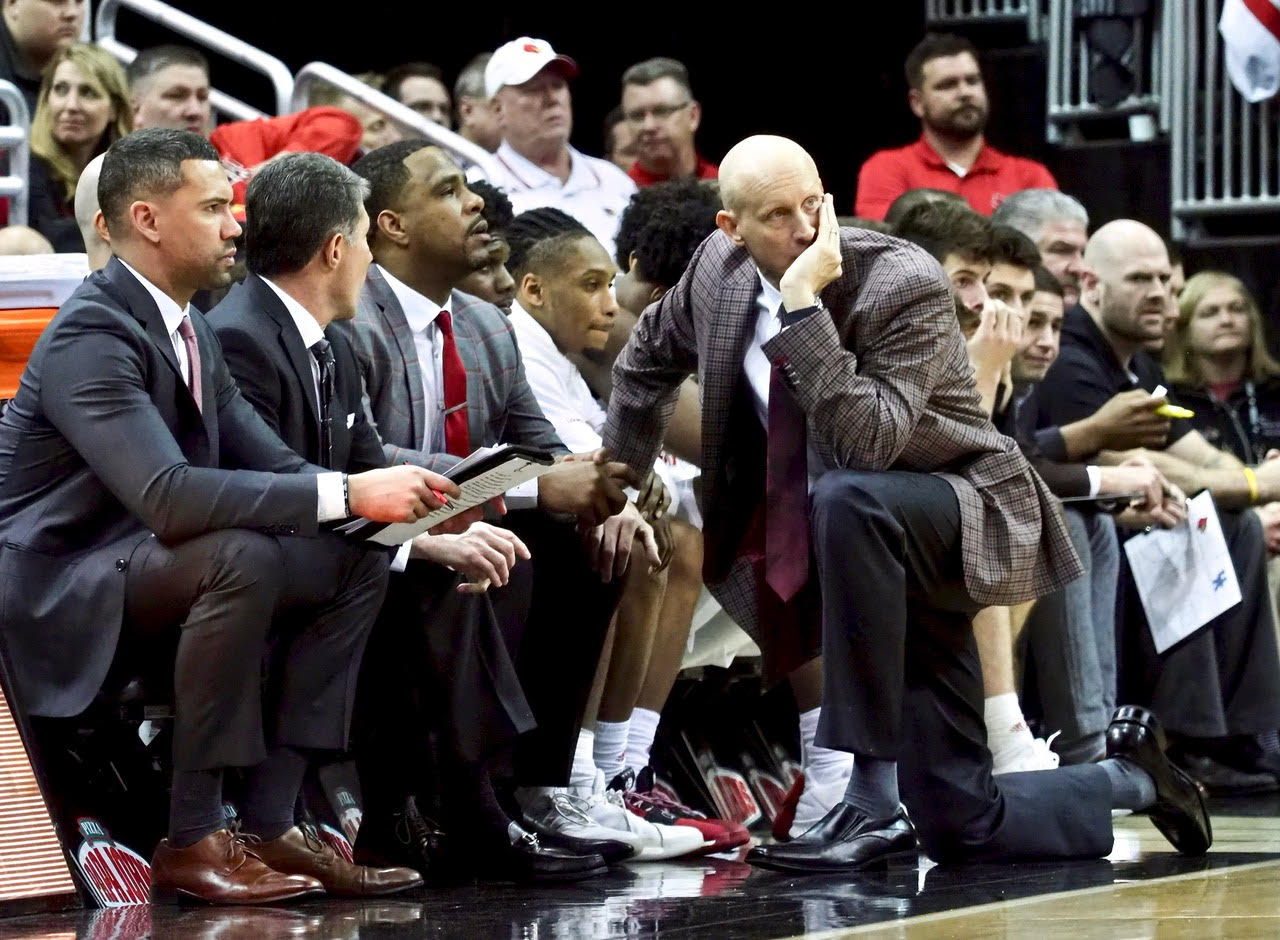 Coach Chris Mack looking for solutions but coming up shorthanded in his introduction to the Louisville-Kentucky basketball rivalry (Cindy Rice Shelton photo).

May be a while before University of Louisville basketball plays another Kentucky team so lacking in talent as was so evident on Saturday. But that’s irrelevant because UofL never posed a serious threat to the Wildcats.

Choose a reason — lack of focus, no consistency, little confidence, an absence of leadership, no visible will to win — any of these qualities were in evidence in a 71-58 loss to Kentucky. No perceived benefit either from the boisterous UofL diehards in the crowd of 20,882 at the KFC Yum! Center on Saturday.

A UofL team able to connect on only  five of 20 three-point field goal attempts. Not much better on close-up attempts, unable to finish, blowing uncontested shots at times. Seemingly content to just hang around, spotting UK 10-point-plus leads,  lacking the ability to hit two or three shots in a row.

Credit Coach Chris Mack for keeping his team as close as it was, avoiding a second straight blowout to Kentucky. The offensive schemes were good, the 1-3-1 zone offense could have been effective. But not without booster shots of mental toughness and consistent focus.

If there was a bright spot, it was the play of Christen Cunningham, who almost singlehandedly kept UofL within striking distance in the first half. The 6-foot-2 graduate transfer from Samford University had three of Louisville’s five 3-point shots and a team-leading 20 points.

Not a blowout at least, but not all that encouraging. Not with UofL hosting Miami next Sunday in the first game of a grueling ACC schedule.

An early wakeup call, a reminder for Louisville fans to keep expectations in check for the rest of the season. Chris Mack’s work has only just begun.

We cannot display this gallery

One thought on “Louisville seems content to hang around against Kentucky”