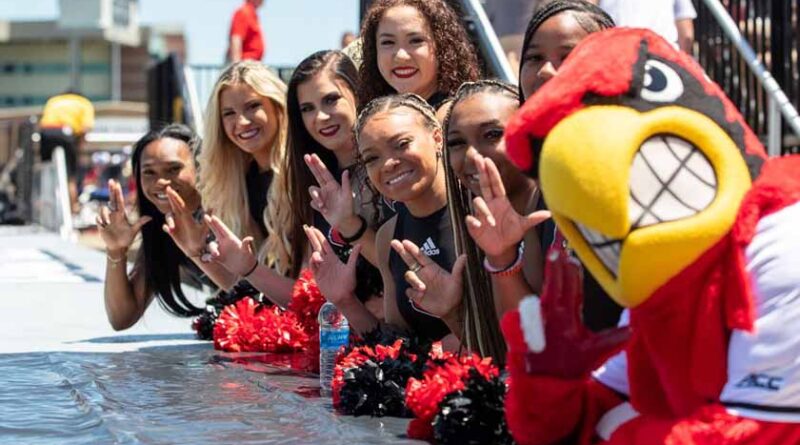 Garrett Schmeltz, a six-foot lefthander from Pleasure Ridge Park, had not pitched more than three innings in one game during his senior year with the University of Louisville baseball team. But Schmeltz was the player Coach Dan McDonnell wanted on the mound during the opening NCAA regional game against Southeast Missouri.

Schmeltz would reward McDonnell for his faith in him by turning in an impressive performance again the visitors, giving up only four hits and two runs in six innings in UofL’s 7-2 win. He would strike out eight batters in the process while serving notice that he is getting better at just the right time. The win was his second of the season, with no losses.

Great crowd for the opener with 3,609 at Jim Patterson Stadium. And for the record, Jim Patterson was in the hospitality suite with UofL’s newly-named athletic director Josh Heird.

Louisville found its hitting eye just in time, pounding Southeast Missouri pitchers for 15 hits. That included a home run for Cameron Masterman who had his first home run since April 26th, raising his total to 15 for the season. Couldn’t have come at a better time, getting Louisville on the board in the second inning.

Leading the way, however, for the Cardinals was Jack Payton with four hits in five at-bats, including two run-scoring doubles in the fifth and seventh innings. A career day with those four hits and four runs batted in.