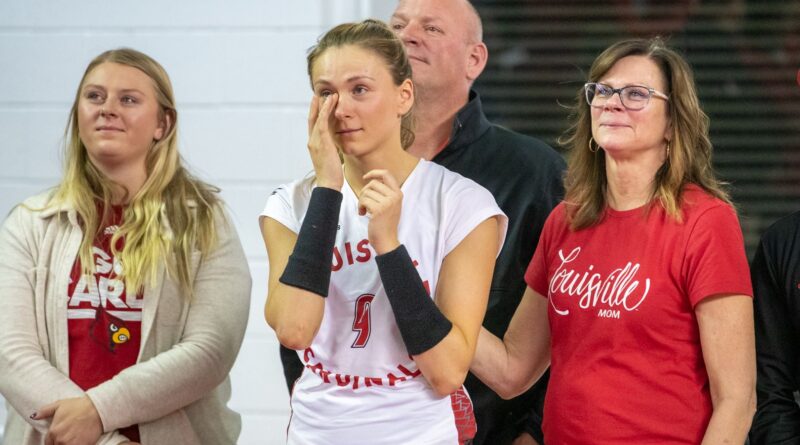 Tons  of fond memories from their college careers but few of them will compare with their final game at the L&N Arena. Namely a 3-0 whitewash of Pittsburgh by the University of Louisville volleyball team on Friday and a sure shot at a share of the Atlantic Coast Conference season championship.

Senior Night, goodbye time, for Claire Chaussee, Amaya Tillman, Alexa Hendricks, Nina Mbonu, and Raquel Lazaro. A convincing victory and sweet revenge for the Cardinals who had dropped a 2-3 decision to Pitt on the road two weeks ago.

Chaussee was never better, tightly focused, leading UofL with 12 kills hitting .259 and had three aces, three digs, and one block.

Coach Dani Busboom-Kelly’s team closes out the regular season against Notre Dame in a 6:30 p.m. game next Wednesday.