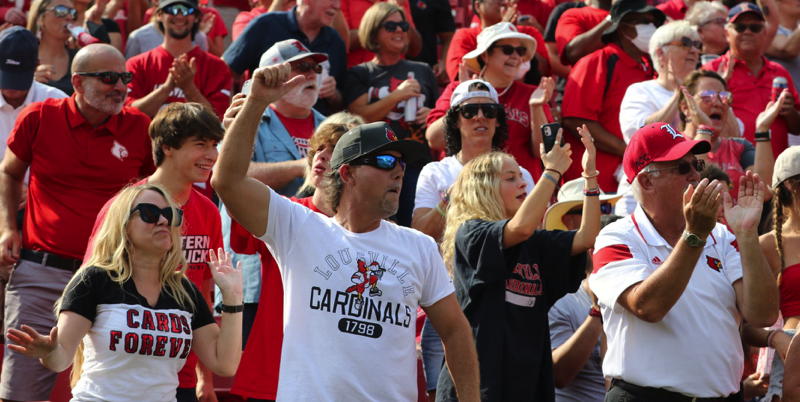 A familiar script with another unhappy ending for University of Louisville football fans. Outplay the opponent for three quarters only to wilt in the fourth quarter.  North Carolina State knew the lines, however, staging for late comeback for the 28-13 victory.

UofL’s defense played well enough, limiting the Wolfpack to only 44 yards rushing. One would have conclude Louisville was dominant on defense for the first three quarters.  But the unit didn’t get any help from the offense, running out of gas in the fourth quarter.

“We just couldn’t get anything going in the fourth quarter,” said coach Scott Satterfield. “We couldn’t get into any kind of rhythm.”

On the other hand N.C. State (6-2, 3-1) was starting to heat up. Quarterback Devin Leary threw three of his touchdown passes in the fourth quarter. Making matters worse the Cardinals may have their best cornerback in Kei’Trel Clark who was helped off the field in the second half.

The Cardinals (4-4, 2-3) outgained State 434 to 361. It was a case of moving the ball all over the field and getting nothing for it. The Wolfpack came into the game as the top defense in the Atlantic Coast Conference and showed why.

“We had penalties and got behind the sticks and you can’t have that against a team like NC State. “We had two false start penalties which we haven’t had,” said Satterfield. “I think the atmosphere caused that.”

“We’ve taken some hard L’s that came down to the fourth quarter,” said Quarterback Malik Cunningham. “You just have to stay positive and go back to work. Everything is not going to be peaches and cream.”

The Cards had nine penalties for 69 yards. “You can’t have penalties, at all,” said Cunningham. “We’ve just got to execute better as an offense better. The defense played lights out. No defense can hold on that long.”

No rest for the weary as Clemson (4-3, 4-2) rolls into Cardinal Stadium next Saturday. Should be plenty of motivation for Louisville which has never beaten Clemson.

Four quarters, guys. Or forget it.