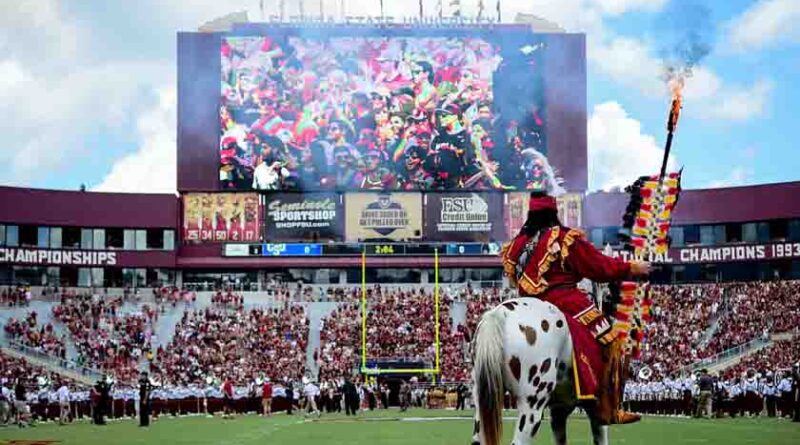 University of Louisville Coach Scott Satterfield remembers his first trip to Florida State two years ago. It wasn’t fun and resulted in an 11-point loss. Saturday the Cardinals return to Tallahassee to face a team that is struggling. No one feeling is sorry for the Seminoles, however.

FSU has lost to Notre Dame in overtime. Lost to Jacksonville State on the last play of the game. But last week was never in the game in a 34-14 loss at Wake Forest.

“We know their backs against the wall so we’re going to get their best shot when we go down there,” said Satterfield.  FSU has always been a target for UofL because of all the players the Cardinals recruit from the sunshine state. This season’s roster lists 13 Florida natives.

The Cardinals are coming off their best win, an exciting 42-35 win over Central Florida when freshman Jaylin Alderman returned an interception 66 yards for a touchdown with 13 seconds. On the other hand, the Seminoles had six turnovers in the loss at Wake Forest. “They really didn’t give themselves a chance to win that game,” said Satterfield.

“It was a disappointing loss during a disappointing season,” said FSU coach Mike Norvell in his second season. “The things I keep harping on are the ones that are keeping us from reaching our full potential.”

FSU has had trouble at quarterback and has bounced between senior transfer McKenzie Milton and Jordan Travis. Both have had interception problems. Milton has thrown three picks and Travis four. “Against Wake Forest they would move the ball, then turn it over,” said Satterfield.

The Seminoles have had some success running the ball as Jashaun Corbin is avenging 7.57 yards per carry and Trashaw Ward is averaging 6.76 yards per carry. The defense is led by Georgia transfer Jermaine Jonson who averages 2.3 tackles for loss a game. He had 10 tackles against Wake Forest. FSU is second in the ACC is tackles for loss with four.

Louisville’s offense has been somewhat of a rollercoaster. It seemed to find its rhythm in the Central Florida win totaling 501 yards. Quarterback Malik Cunningham completed 23 of 38 passes for 265 yards and a touchdown. He also ran 13 times for 99 yards and two scores.

“They have a dynamic quarterback and one of the best running attacks with the outside zone,” said Norvell. “We’ll have to play clean disciplined football. Those guys are talented and will make us pay.”

FSU averages 185.7 yards rushing per game. “If you watch the film you can see they can run, they’re big, they’re strong,” said Satterfield. “The big difference is the turnovers. You could see on film they could run the ball against Notre Dame.”

The opponent may be winless but it’s still Florida State, an opponent to be taken very seriously.