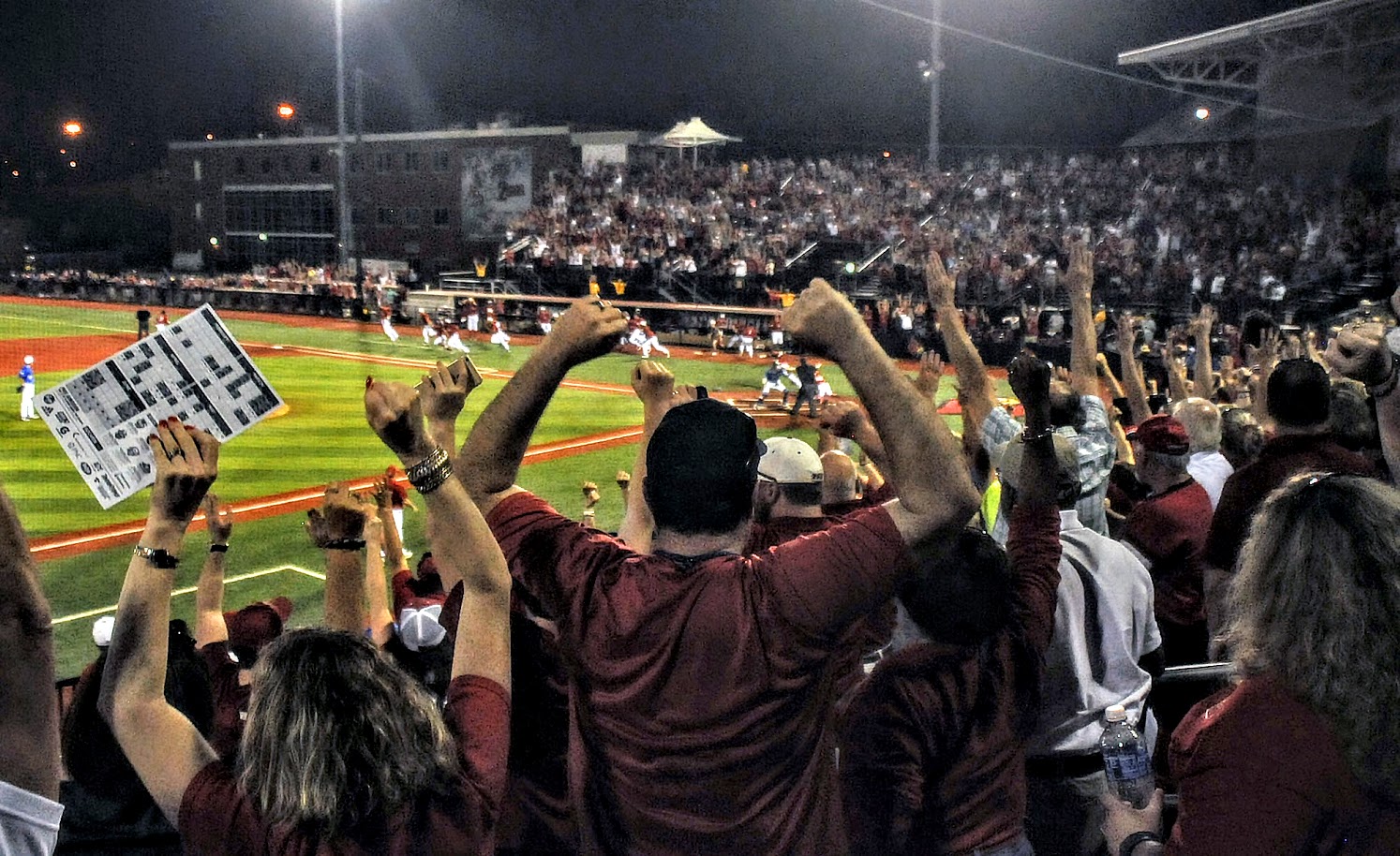 Nothing better than beating Kentucky for a fifth straight time, as has occurred in both baseball and football.

Devin Hairston’s hot bat made the latest win happen for the University of Louisville baseball team with a high bouncer over second base in the bottom of the ninth, sending Colin Lyman home for a 7-6 win over UK.

Witnessed by crowd of 4,642 at Jim Patterson Stadium on Tuesday, most of them still on hand for the heroics and celebration at game’s end.

Hairston continues an almost unbelievable hitting surge, raising his batting average to .388 for the season while driving in 31 runs and scoring 40 runs himself. A year ago he was struggling at the plate, batting eighth in the lineup. He was the cleanup hitter on Tuesday, reaching base three times on singles.

The win was extra special for Louisville right-hander Anthony Kidston who had not won a game in two seasons. During his first two seasons, he was 14-1, winning nine games during his sophomore year. Beating the arch-rival cures a lot of ailments. Maybe just what Kidston needed after struggling mightily with his control last season.

Righthander Kade McClure, facing the Wildcats for the second time in a week, lasted six innings, giving up five runs and five hits.

Corey Ray loomed large again for the Cardinals, connecting in 2-for-5 at-bat, including his 11th home run of the season, adouble and driving in two runs. His 22nd career home run highlighted a three-run seventh inning as Louisville charged back from a 5-1 deficit.