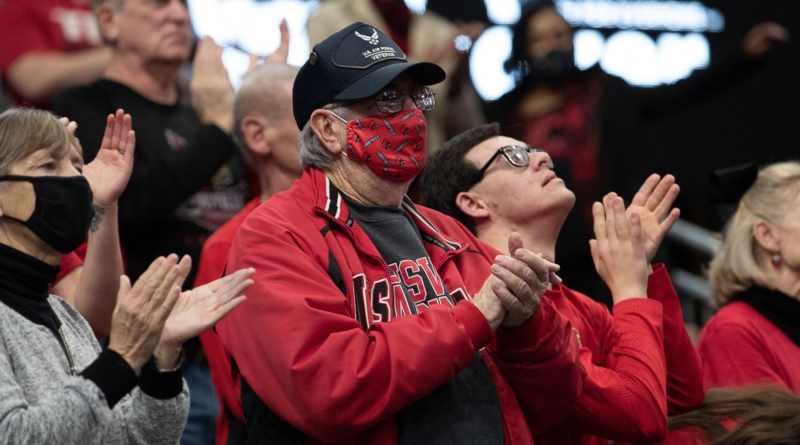 Another one of those bump-and-grinders, the game between the University of Louisville and the Georgia Tech women’s basketball teams. The home-standing Yellow Jackets ranked first nationally in defense, the Cardinals ranked third. Low expectations on offense for both teams.

Coach Jeff Walz would predict before the game that the first team to 50 points would win. Right on target he was with UofL eking out  a 50-48 win. Louisville’s 12th straight victory, ending a five game winning streak for Georgia Tech.  The Yellow Jackets frustrated again, having never beaten UofL in eight tries.

What an ugly first quarter. UofL managing only three points, thanks to a layup and a free throw by Chelsie Hall.  Lucky to get those, making good on only one of nine field goal attempts. Meanwhile, Georgia Tech collecting three 3-pointers and an 11-3 lead after the first 10 minutes.

An especially miserable time for UofL Emily Engstler during that quarter, missing both of her 3-point attempts, committing two fouls and a turnover. She would connect on one 3-pointer while her team was rallying to tie the score 20-20 at the intermission. She would more than make up for it in the second half, beginning with her second 3-pointer to put UofL 23-20 in the opening seconds. She would lead all scorers with 14 points for the game.

The basket UofL fans most treasure was that spin move with seconds remaining in the game. Faking the hand off to Haily Van Lith, reversing to her right and making that game winning layup to end all the drama. Almost exactly the same play a minute earlier when she had dealt the ball to Van Lith to tie the game at 48-all. Deserving of all the praise, Engstler not going away after that bruising first half.

But one can’t wrap this up without acknowledging the efforts of Olivia Cochran. Thrust into a one-on-one battle with Georgia Tech’s menacing Lorela Cubaj, Cochran more than held her own. Finishing with a hard-earned 13 rebounds, three blocks and seven points, she will feel the pain for a couple of days.

And Payton Verhulst, don’t forget her twisting layup beneath the basket for UofL’s fourth and fifth points in the second quarter, Coming at a time when it seemed her team was never going to score again. She was good for four points on a day when points were exceedingly scarce.