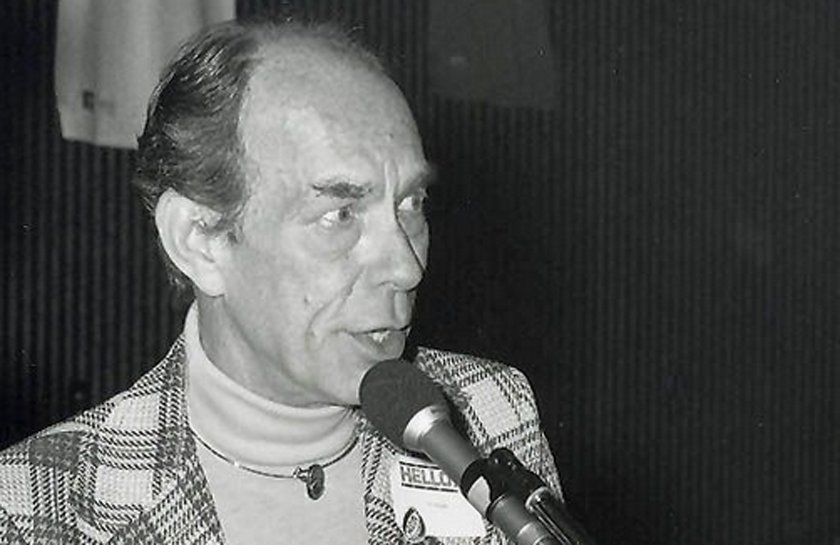 While watching the recent replay of the University of Louisville basketball team’s win over UCLA in 1980, one was reminded that one of UofL’s biggest fans ever was not in Indianapolis that night. He would have been overjoyed.

Ed Kallay, a highly popular media personality synonymous with UofL sports, died three years before that game. It finally struck me the other night that it was a shame he never saw UofL’s first national championship.

If you’re a Cardinals’ fan and over 50 years old, you grew up listening to him on WAVE radio calling Louisville games.  Kallay was sometimes criticized for his overt rooting for local teams and calling the players by their first names. “That ref must need glasses,” he would say when a call went against UofL.

Ed would never apologize for being a homer. He was a fan first and a play-by-play announcer second. “I couldn’t do it any other way,” he once said.”I make a lot of mistakes… I never try to fool anybody on the air, I admit it right off. A lot of people watch me just to see how much I goof up”

He was also the play-by-play announcer for the Louisville Colonels baseball team, often calling the road games by teletype and recorded crowd noise from the WAVE radio studio. He was frustrated by the Colonels at times, frequently declaring, “These guys just can’t stand prosperity.”

As fate would have it, Ed was the first person I saw before a Colonels’ game after making the trip to Louisville from Versailles in 1959. Never ever met anyone he didn’t like.

Kallay was also a close friend to Muhammad Ali and may have played a role in the champ’s later success. He along with Joe Martin, a local policeman and traine

r, started a boxing program called “Tomorrow’s Champions” on WAVE-TV. Muhammad, then known as Cassius Clay, made frequent appearances on the show, along with Jimmy Ellis and Rudell Stitch.

He was known as “Uncle Ed” to a generation of Louisvillians for his noontime show called Funny Flickers on WAVE. The show featured some lively conversation with some dangling marionettes, along with black and white movies of the Little Rascals and the antics of Spanky and Alfalfa.

“Sure, I laugh at myself. I know a lot of people are laughing with me.” Despite offers to go elsewhere, he once said, “Louisville is where I’ll stay.”

Ed Kallay was a Louisville legend. Sorry if you missed him.