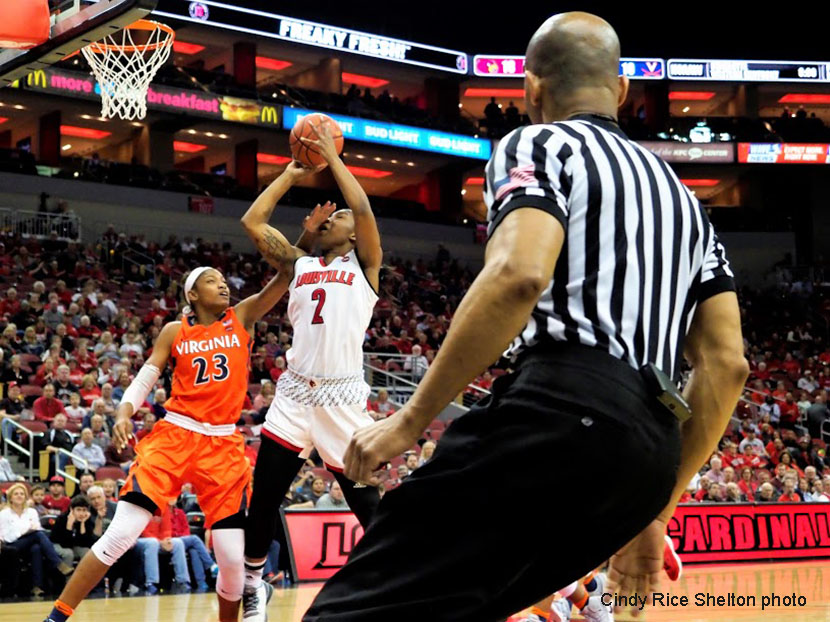 Mariya had scored 23 points in a heated 86-81 overtime win over the Cavaliers in early January. Seemed indispensable at the time.

Not to worry, some other Cardinals brought their A games on Thursday. Namely Asia Durr and Myisha Hines-Allen who led all scorers with 24 and 21 points, respectively.

Louisville would put up its 24th win against only six losses before a crowd of 7,981 at the KFC Yum! Center.

Freshman Jazzmine Jones was the beneficiary of the extra playing time, contributing seven points, two assists and a couple of steals in 29 minutes. Oops, she also committed seven turnovers, more work to be done.

Sidney Zambrotta always stirs up the crowd. She was two for four from behind the 3-point line in 11 minutes for her six points, following up a three-for-three 3-point shots on Sunday.

One more game remaining, the Cardinals traveling to Wake Forest on Sunday. They are tied for fourth with 11-4 marks in the conference with North Carolina State, which beat North Carolina 80-60.

Double-bye for the ACC Tournament is a long shot. State owns the tie-breaker, having defeated UofL a week ago.