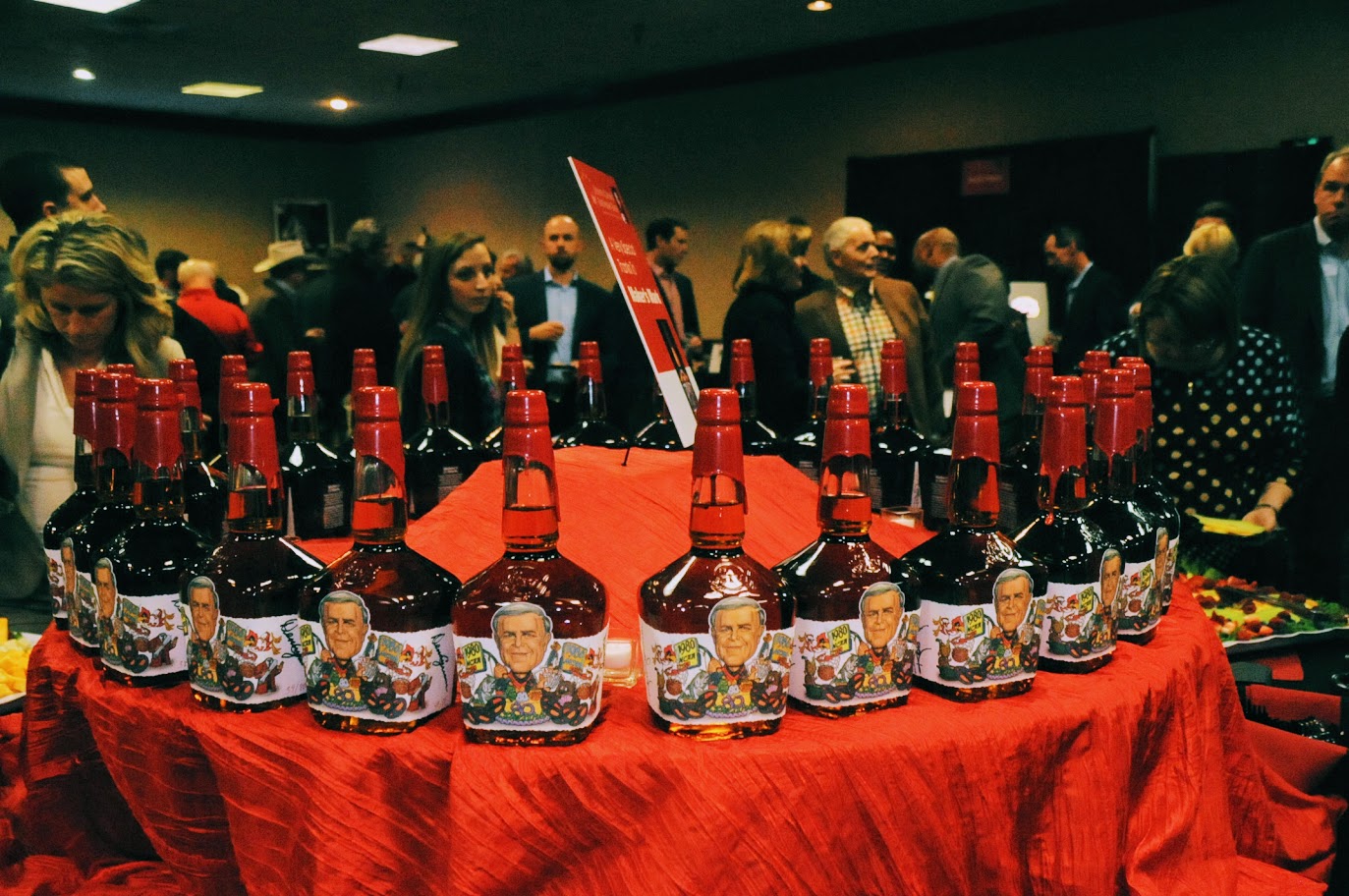 A night to remember for all Denny Crum fans. More than 800 of them showing up for his 80th birthday party to celebrate him and to support his University of Louisville scholarship fund.

Crum, a Naismith Hall of Fame coach, greeted celebrants from his La-Z-Boy chair donated by Rodney McCray, a member of the 1980 championship team and the owner of the local franchise, rewarding fans with photos and autographs during a silent auction.

The live auction getting off to a great start with the first Denny Crum Maker’s Mark label (No. 1 of 80) going for $5,000, followed by a Genesis Diamond gift certificate, a full Lasik procedure from Kenyon American Eye Institute, a gourmet chef dinner at home, and a week at Denny’s Idaho wilderness vacation home. Proceeds from the event could reach $50,000 but event organizers will have the official results when expenses are deducted.

Denny, who is rarely at a loss for words, seemed a bit overwhelmed by all of the attention. “It’s an amazing feeling that I have right now,” he said. “I can’t begin to tell you what it means to me for all of you being here to help us raise money for the scholarship foundation. I can remember when I thought 30 years old was old. Now I am 80, are you kidding me?  To be able to share it with you is a wonderful feeling.”

“I love Louisville. Believe me I’ve had many offers to go elsewhere. But I wouldn’t want to live anywhere else. Louisville means the world to me.” 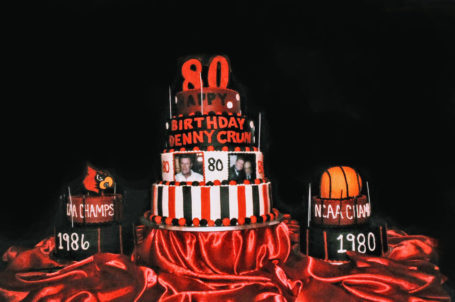