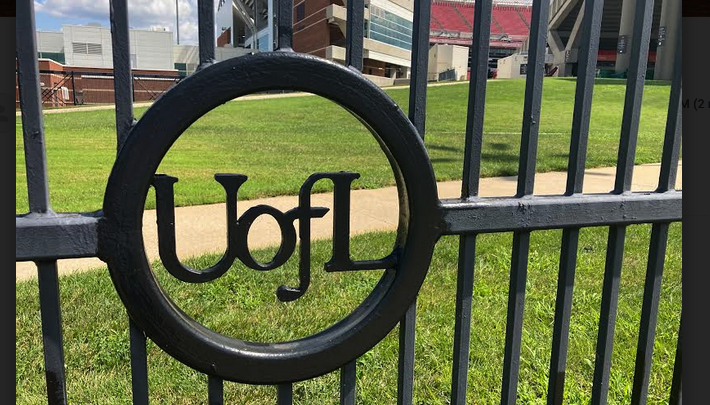 The University of Louisville football team’s 31-23 win over Florida State Saturday was a stomach churner. All the elements. Tense. Nail biting. Stressful. Maddening. Like two games in one, one team goes into the locker room, another comes out for the second half.

The Cardinals had their way with the Seminoles early, making it look easy, dancing their way to a 31-7 lead in the second quarter. Then the boys from the Belknap Campus held on for dear life for a 31-23 lead and a 3-1 won-lost record.

Give a shout out to UofL’s defense, which came up with a lot of important stops in the fourth quarter.  The big one, of course, was Kei’Trel Clark’s interception in the shadow of the end zone, slamming the door on FSU.

“They kept trying me all game,” Clark said after the game. “I don’t know what they thought I was. But you are not messing with me. I don’t know why you keep coming my way man, it’s over with. Ball game. Louisville wins.”

The UofL defense also  racked up six sacks in Saturday’s game, the most since a win over Wake Forest in November 2016. The Cardinals are now 5-4 against Florida State since 2002 when it ended a 12-game losing streak in the series.

This Louisville team doesn’t always play pretty or near perfect, but seems to be developing some mental toughness when things don’t go well. It is interesting to note the Cardinals will be playing for the lead against Wake Forest (4-0) in the Atlantic Coast Conference’s Atlantic Division this Saturday.

Raise your hand Cardinal fans if you thought UofL would beat two Florida programs after the Ole Miss debacle in the opening game. I didn’t. Coach Scott Satterfield and his staff deserve credit for turning this young season around.

Remember two years ago when Satterfield’s 2019 team won three games when the margin was a touchdown or less. This team is starting to resemble those escape artists.

Take that SEC — Boston College 41, Missouri 34 in overtime. Tigers coach Eliah Drinkwitz didn’t want to play the game. “How many players do we recruit from Massachusetts,” Drinkwitz said during his weekly press conference.

“I’d love to play a regional matchup that is more of a rivalry game would be a little more exciting to recruits. I don’t know the last time Missouri signed a kid from the great state of Massachusetts,” said Drinkwitz.

“Yeah. I heard the remarks,” said Boston College Coach Jeff Hafley. “All he had to do was call me. I’d have gotten on a plane and went to Missouri.” The Eagles are 4-0 and will probably crack the top 25 this week. They will come to Louisville on October 23.

One thought on “Against all odds, Louisville football is 3-1”