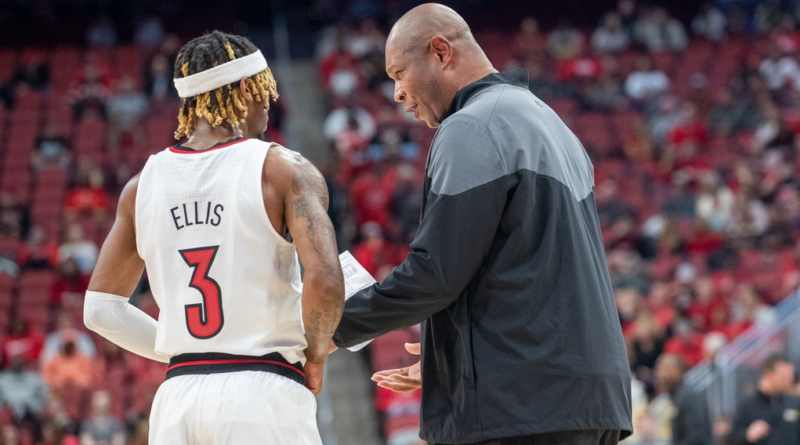 For a tenth of a second, the University of Louisville basketball team appeared to have finally won a game. El Ellis’ layup with no time on the clock seemed to assure one-point victory. Ellis, mobbed by his teammates, dashes toward the sideline seats where rapper Master P and Cards fans are celebrating. The officials head to the replay video.

The verdict is that the shot came after the red light flashed. No basket. No win. Just a third straight one-point loss. Appalachian State 61, Louisville 60.

UofL outscored the Mountaineers 17-6 as Ellis scored nine of his 29 points down the stretch.

The Cardinals had 18 turnovers, App State seven. The Mountaineers shot only 26.1 percent in the second half as the Cardinals turned up the heat defensively. However it was another frustrating night.

“We had 18 turnovers and they had 20 points off those turnovers. That is the game,” said coach Kenny Payne. “The aggressor wins. They came out in the first half and looked like Louisville and we looked like App State, like we were playing on their arena. It can not happen. There has to be some pride, some toughness about being at home.”

Some 11,919 diehards left disappointed again. Louisville now goes to the Maui Invitational for a game Monday against ninth ranked Arkansas. Texas Tech, Creighton and Maryland are in the tournament as well and all will play three games.

Brandon Hundley-Hatfield finished with 12 points and 10 rebounds. His best overall performance as a Cardinal. “We can’t keep letting teams punch us in the mouth once the game starts and once we start on the floor. Wget down in the second half we’re trying to claw our way back. We all have to change. Play as a team. We have to throw the first punch.”