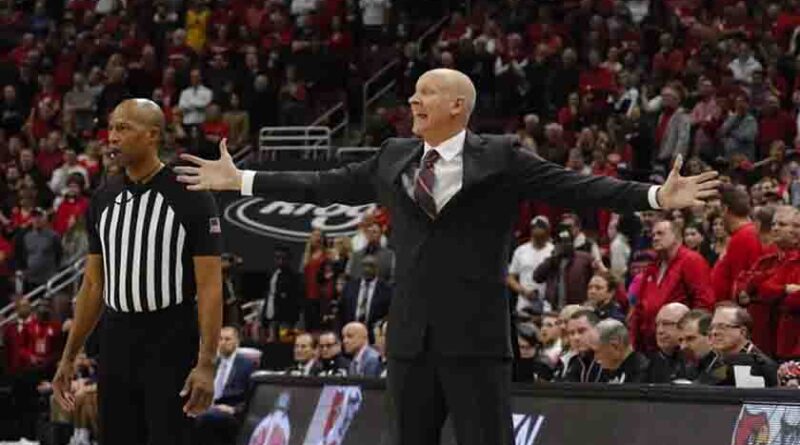 2021-22 season getting off to a bad start for Chris Mack and his Louisville team (Mike DeZarn photo).
Basketball
Ed Peak 2 min read

A friend of mine in the media told me about a year ago “all college coaches are on a huge ego trip.” It appears that University of Louisville basketball coach Chris Mack is on the top deck.

For his missteps in the Dino Gaudio mess, Mack received a six-game suspension by the University on Friday.

This makes President Neeli Bendapudi, Athletic Director Vince Tyra and Mack all look bad. It also makes one wonder if Tyra hired the right guy to clean up Cardinal basketball.

Mack should have known when he took the job that he had a short rope. I don’t understand not knowing that any missed steps would come under tougher scrutiny than a slap on the wrist. He is lucky the University didn’t hand him a pink slip.

I really wanted to give Mack and his staff the benefit of the doubt in getting the program back on track.

Last season the team didn’t even qualify for the pandemic plagued NCAA Tournament. With 68 teams invited to the tournament,  a team had to be not very good not to make the field. The Cardinals fell on their collective face during the stretch. It also didn’t help that Kentucky Athletic Director Dale Barnhart was chairman of the selection committee.

In Mack’s first season, UofL slipped into the tournament with a high seed but was ushered out in the first game by a Minnesota team coached by Richard Pitino. This isn’t all about wins and losses though. It’s about honesty and integrity. Mack should have gone about replacing his assistant coaches Gaudio and Luke Murray in a much different manner.

Mack’s ego wouldn’t let him. He did it his way. The wrong way. It failed.

The Louisville basketball program at one time was in at least the top 10 of college jobs. The program is falling and falling fast. I could only imagine what the NCAA is thinking about this mess. It certainly isn’t good.

On Monday, Bendapudi, Tyra and Mack will meet with some former players to discuss the program and some perceived, if not unique, shortcomings. Big heads all around.

I’d like to see the program rebound and get back to where it once was. Maybe an Elite Eight or Final Four appearance. I doubt that will happen under the current leadership.