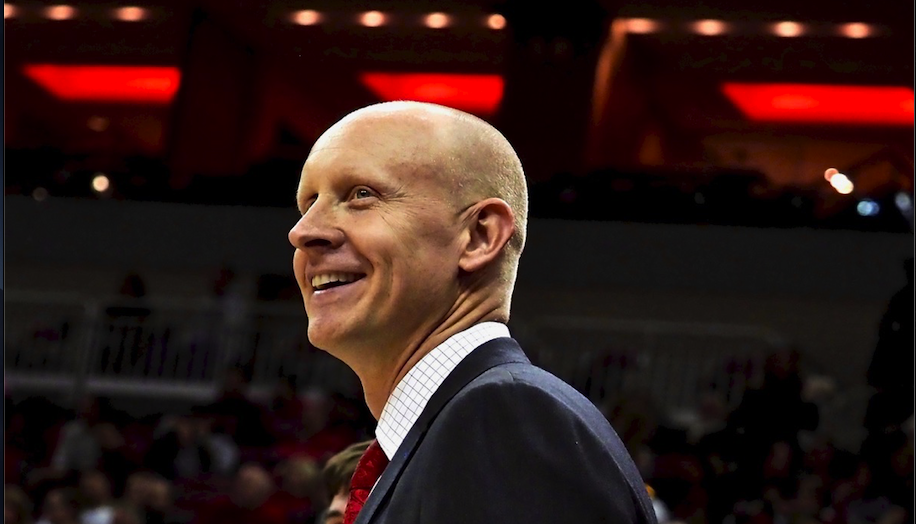 Biggest win of Coach Chris Mack’s tenure at the University of Louisville, his team emerging from a bruising slugfest with Michigan State. Too soon to declare that UofL is back from the wilderness, but never too early to celebrate a signature victory.

One of those cliche wins for a young team, one of those games this first year coach’s team wasn’t expected to survive. A night when Louisville could have folded often in regulation or overtime, but hanging on for a an 82-78 win over the nation’s ninth-ranked team.

A special night, a special win for the Cardinals in front of a screaming crowd of 15,477 rabid partisans at the KFC Yum! Center. Everyone knowing this one was special, possibly the lynchpin for a return to the good times for Louisville basketball.

All of UofL’s last seven points coming at the free throw line, four of them from Ryan McMahon, two from Chris Cunningham, and the final one from Jordan Nwora, with the final free throw, giving the Cardinals’ their final margin.

McMahon admitting after the game he was dreading Murphy’s Law, fearing that if something bad could happen, it was going to happen. “The difference may have been the little things, the kind of things we sometimes take for granted,” he said afterwards.

McMahon mentioned Dwayne Sutton as a difference maker, saying Sutton was telling his teammates on the sideline not to let up, not to let a win slip out of their grasp. “He told us we can’t let this happen again,” he said.

Responding to Chris Mack’s with that hand over his heart, the Cardinals wanting this one badly. Needing this win, overcoming any of their own doubts, doing what it takes, not being denied, making it happen.

Breathing life back into Louisville basketball, a dose of adrenalin into the UofL faithful. A major corner indeed.

One thought on “Chris Mack breathing life back into Louisville basketball”