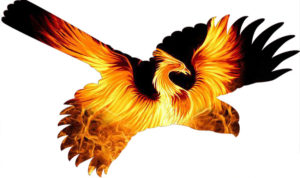 The year of our Lord, two thousand and thirteen, was christened “The Year of The Cardinal.”  All University of Louisville sports were flourishing.  Teddy Bridgewaters. Final Fours. Sugar Bowls. Russdiculous’s.   Terrell Floyd pick-sixes. Devante Parkers. Gorgui Diengs.  Peyton Sivas. Shoni Schimmel. Conference championships. ACC induction on the horizon. And yes, a National Championship.  Thank you Charlie Strong, Rick Pitino, Dan McDonnell, Jeff Walz.  Things could not have been better.  The architects of the aforementioned glorious age.  For over a thousand generations these coaches were the guardians of peace and justice. Before the Dark Times.
Okay, sorry, Obiwan. So it wasn’t exactly over a thousand generations, but you get the analogy.  Everything was right a long time ago, in a galaxy not so far away. Although it has seemed like it for the last few years.
Vince Tyra has a chance to possibly usher in a renaissance, rebirth, reformation, realignment, rehabilitation, recovery, reawakening,  renewal, restoration, revival, all the other re’s that are out there that my online thesaurus forgot to include.

Mr. Tyra has finally been anointed as Athletic Director at The University of Louisville.  A title that is sacred to the English version of knighthood basically in the kingdom of the city of Louisville. He has gargantuan armor boots to fill that were unceremoniously stripped from Sir Thomas Jurich.  The kingdom will be watching, some skeptically, some anxiously, some placated, as he takes the throne and his first decree is to anoint a new men’s basketball coach.

The bigger scuttlebutt making its way around the land is Tyra will hand the keys of the kingdom over to Minuteman Chris Mack on Tuesday.  If Mack was to continue his current trajectory, he could possible lead the men’s team back to glory.  He can build upon the castle that Crum, Jurich, Pitino have built and expand the realm and rehang the banner that was stolen by the malcontents, the dissidents, the scourge.

How about a Cardinal that rises from the ashes with red fire instead of feathers?

Puma Pass is inheriting the keys to the gridiron from Heisman hero Lamar Jackson.  As great as Jackson was, there seemed to be a ceiling to what the gridiron templars could accomplish under his reign, probably through no fault of his own.  Coach Petrino can now hopefully run his offense in the more traditional manner that we were accustomed to and maybe Puma can shatter that ceiling and lift the Cards into the next stratosphere, starting with a Davidesque slaying of Alabubba Goliath this fall.  Legend hints of this already happening before from days of old.
Speaking of Goliath, Master Coach Jeff Walz has the Cardinal women in yet another Final Four, with the possibility of topping their historical upset of Griner’s Bears by conquering that ever-elusive victory over the greatest force in the known universe, the UConn behemoths.  He could be the Arthur that pulls the sword from the stone and quiets the Dragon Auriemma.
Meanwhile, Coach McDonnell just continues to reload his buzzsaw catapult that is Cardinal Baseball and wreaking havoc to the traditional ACC baseball fiefdoms and could even break through in the College World Series with yet another loaded roster full of heroes.
We could be on the brink of another exciting, glorious age to be a Cardinal fan.  Cardinals are beautiful creatures that stand out from the rest of the aviary community with their bold, red feathers.  However, that vivid hue of red has been dimmed the last couple of years.  Imagine the very near future, full of rebirth, implications of possible historical milestones.  A lot of re’s were cast out earlier in this scroll forecasting renaissance. How about a Cardinal that rises from the ashes with red fire instead of feathers?  A Cardinal Phoenix.  A reincarnation…

4 thoughts on “Cardinal Renaissance, rising from ashes at University of Louisville”