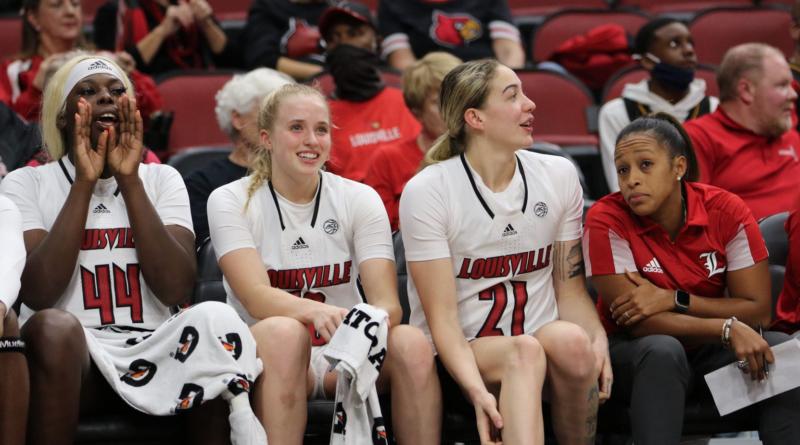 Emily Engstler off to another impressive start, with two 3-pointers, 13 points and a couple of steals in the first quarter. The University of Louisville women’s basketball team will coast to another blowout win a second night in a row with a 62-30 win over Tennessee Martin.

Engstler making it look easy, hitting four of four 3-point attempts and 20 points to lead all scorers. Another short night for the transfer from Syracuse, but making the most of her 20 minutes. “I was really impressed with how well we passed the ball tonight,” head coach Jeff Walz said. “Emily shot the ball well tonight and I thought her teammates did a great job of finding her.”

Louisville closed the first quarter with an 8-0 run to take an 18-5 lead, Engstler and Kianna Smith combining to score all the Cardinals’ first 18 points. Smith would wind up with 10 points on 4-of-7 shooting and 2-of-3 from behind the 3-point arc.

Hailey Van Lith continues to get a lot of defensive attention, managing only two points on one of four field goal attempts. She doesn’t show it if her lack of offensive production is bothering her, contributing six rebounds and three assists. When she’s not scoring, she seems to double her efforts on defense.

Walz says the great teams commit around 10 turnovers a game. The Cardinals may be on the right track with only 11 miscues against Tennessee Martin.