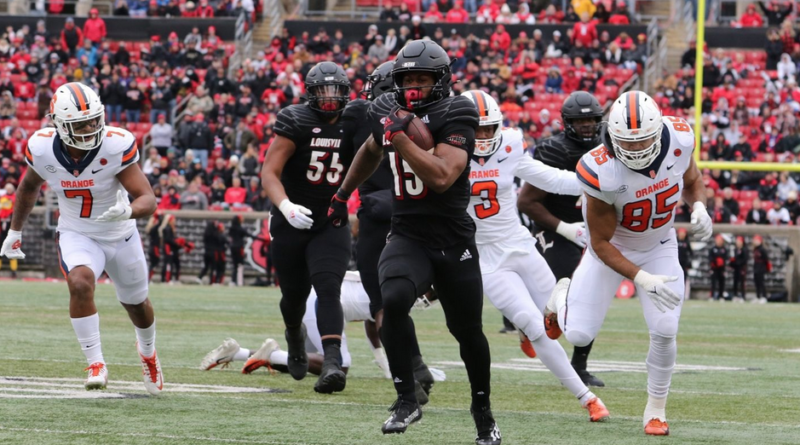 Comes as no surprise that senior Caleb Chandler was selected as a first team Associated Press pre-season All-American. The senior offensive guard was a second teamer last season.

He is the first projected University of Louisville football All-American since Mechi Becton, an offensive tackle was picked in 2019. Chandler is in his sixth season with the Cardinals, taking advantage of the Covid rule. Becton is now on the injured list with the New York Jets.

“If I can make the extra block, go make it,” said Chandler. “If I can finish a guy on his back, do it. Don’t hold back. Just keep the rest of the offense protected and clean off the ground. It was really just a whole mindset for the past season.”

Chandler has been a starter for three seasons. He’s been as consistent as any lineman in the last several years. “You’ve got to bring your best everyday,” he said. “Its a short period of time in our lives, those four to six years, so you have to bring our best and enjoy this time because we’re never going to have anything like this again unless you go to the NFL. We have just a short period of time with these guys, we have to enjoy it while we can.”

UofL averaged 31.8 points a game last season. The offensive line had a lot to do with that, protecting quarterback Malik Cunningham. “I’m looking for nothing but improvement. I know we didn’t start the season to hot. So I feel like it just starts from day one. I’m expecting those numbers to go up.”

The Cardinals also averaged 438.6 yards per game, including 209 yards rushing the ball and 50 touchdowns.

Coach Scott Satterfield’s weekly radio show begins Tuesday, August 30th. Satterfield will talk about Cardinal football and preview the upcoming opponent. This season all Louisville sports will be aired on either 93.9 The Ville or WGTK (970). Satterfield is scheduled to do 10 live shows at area Roosters on Bardstown Road in Fern Creek.   aCall 502-708-2793 to make table reservations.