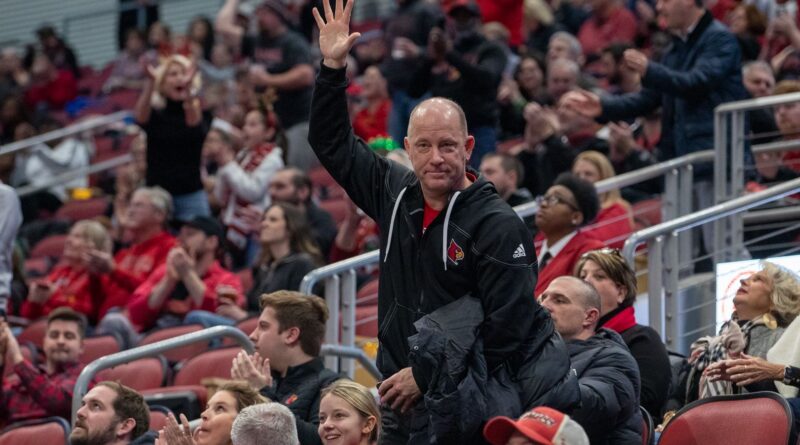 New Louisville football coach Jeff Brohm wasn’t counting stars but after six years at Purdue had a good idea what he needed. But he had to make a quick switch to the Cardinals needs. He had a good start, flipping two players headed for West Lafayette, including Louisville St. Xavier linebacker Micah Carter and Henderson County’s Saadiq Clemons, a defensive lineman.

Included in UofL’s 18-member recruiting class is highly regarded quarterback Pierce Clarkson from St. John Bosco Prep in Bellflower, California. The 6-foot, 196 pound Clarkson helped lead his team to a state championship and a national no. 1 ranking. “He’s athletic. He’s tough. Looking forward to him getting here. Can’t wait to get him here,” said Brohm.

Clarkson is rated as the 20th best quarterback  and 27th best player overall in California. During his career he passed for 3,319 yards and 42 touchdowns. Purdue, Kentucky, Arkansas, Pittsburgh and Colorado were interested.

Back to Kentucky. Brohm’s roots run deep in the Bluegrass. No longer should Kentucky come into Louisville and recruit like they own Jefferson County. It’s interesting that in the last 10 years the Cardinals have signed only nine players from the state.
Bobby Petrino made an impact on in state players. Male‘s Michael Bush and Trinity’s Brian Brohm, the Lefew brothers from Boyle County. Running back Eric Shelton from Lexington Bryan Station transferred from Florida State to Louisville.

There were others. Several players weren’t even noticed by Petrino 2.0 and Scott Satterfield never embraced Jefferson County. There are good prospects more some years than others from this area.

“We’re going to try and use the same strategy coach (Howard) Schellenberger used and I believe in and that’s leave no stone unturned. I think we have a good plan and a good plan for young prospects that could become<” said Brohm. “You look at guys like Rondale Moore, George Gastopoluis and David Bell came on and made an early impact (at  Purdue).

“They came in and were stars year one. They could have gone anywhere in the country.”