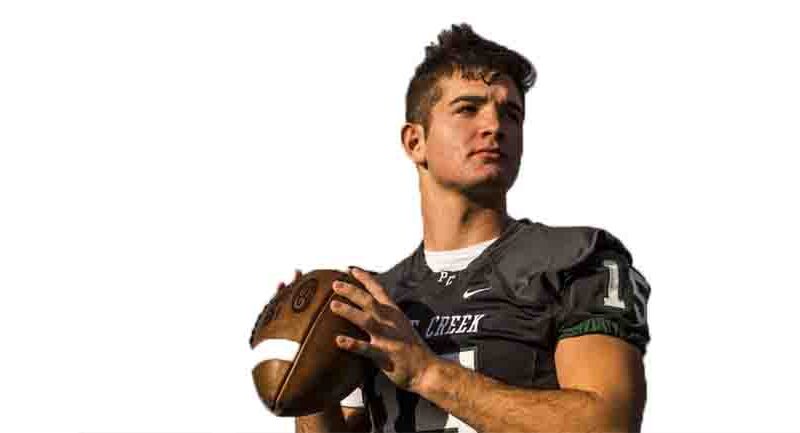 If the most important position on the football field is the quarterback position., the backup quarterback has to almost be equally vital.

The forgone conclusion is that senior Malik Cunningham will be the starter for the University of Louisvile. But who backs him up? During an interview Thursday, quarterbacks coach Pete Thomas confirmed Brock Domann will be the backup.

“He had a great spring, great summer and he had a great fall camp, and those other guys have, too, but Brock’s really stepped up,” Thomas said. “It’s his second full year in the offense, and he’s a lot more comfortable with it. He’s a guy that we’re very excited about.”

The 6-foot-2, 228-pound Domann is a native of Colorado Springs, Colo., was a standout at Independence Community College. In six games in 2020, he completed 108 of 190 pass attempts for 1,540 yards and 10 touchdowns. He rushed twice for five yards for UofL in mop-up action in a route of Duke last season.

In 2018, Domann quarterbacked at Ventura College and finished with 1,568 passing yards and 14 touchdowns. He also had 580 yards rushing and seven touchdowns, helping Ventura to a Southern California Football Association Championship and a 11-2 record.

Domann played in one game for the Cardinals last season. He beat out Evan Conley and walk on former Trinity quarterback Nathan McElroy. Conley had been the back up in each of the last two seasons.

“He’s still not 100%, so we’re still kind of work him back into things slowly,” Cardinals head coach Scott Satterfield said last week of Conley. “So really Brock and (Nathan) McElroy really got a lot of the twos, and we’ve kind of just been splitting reps with those guys, giving them equal opportunity.”