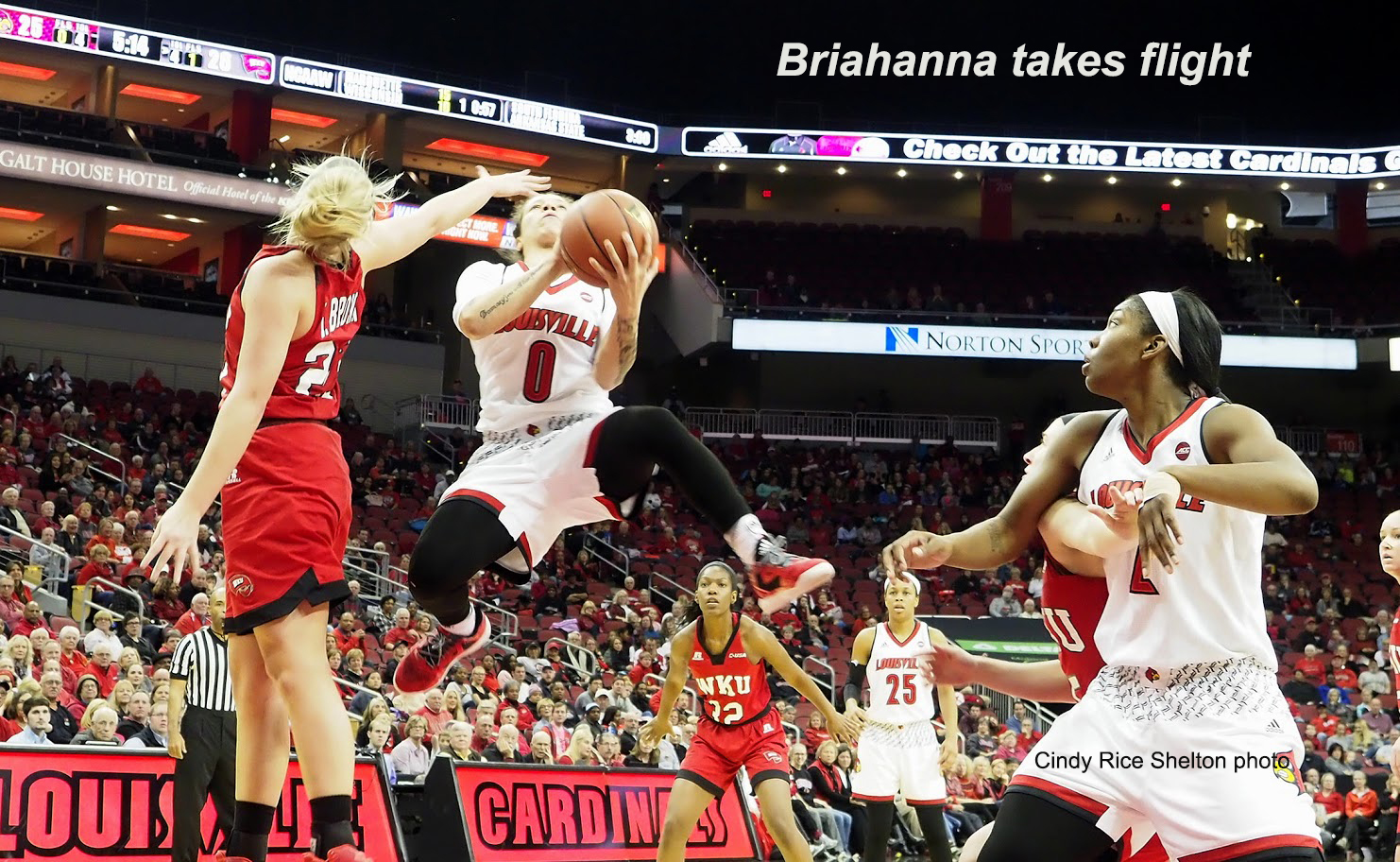 Briahanna Jackson was considered a major scoring threat when she joined the University of Louisville women’s basketball team. She’s looking more for her teammates than she is hunting points these days. Jackson transferred to UofL last season from the University of Central Florida where she had averaged 16 points per game as a freshman. She averaged 11.1 points as a sophomore in her first season here.

But it’s not Jackson’s shooting that impresses UofL fans these days as much as it is her boundless energy on the basketball court. She is in constant motion, running circles around her teammates and opposing players.

Jackson would make only one of eight field goal attempts in UofL’s 68-61 win over Western Kentucky before a crowd of 9,168 fans at the KFC Yum! Center on Sunday.  She would provide a remarkable 10 assists to her teammates, helping to overcome a eight-point deficit in the second half.

Feeding the ball to Myisha Hines-Allen and Asia Durr who each collected 16 points, most of them in the final 20 minutes.

Briahanna scoring average is down to eight points per game, prompting some observers to speculate that she may be expending so much energy on other parts of her game. She made one basket out of eight attempts against WKU.

Coach Jeff Walz, who also marvels at her enthusiasm, believes she just needs a boost of confidence to regain her shooting eye. “Now that the exams are over, I’m encouraging her to spend a little more time shooting in the gym,” he said. “She just needs to see the ball go in the basket a few times.”

Meanwhile, keep an eye on freshman Sydney Zambrotta, who hails from Christ the King in New York, the same school as Bria Smith, a former Cardinal.

Zambrotta keeps UofL close in the first half when she connected on five of six 3-point shots for her game-high 15 points. She did all that in only 13 minutes of playing time

Sydney was a two-time New York State Sportswriters Association all-state selection 2015 and 2016. She surpassed 2,000 career points in senior season after joining the 1,000-point club as a junior. She also played lacrosse and soccer.