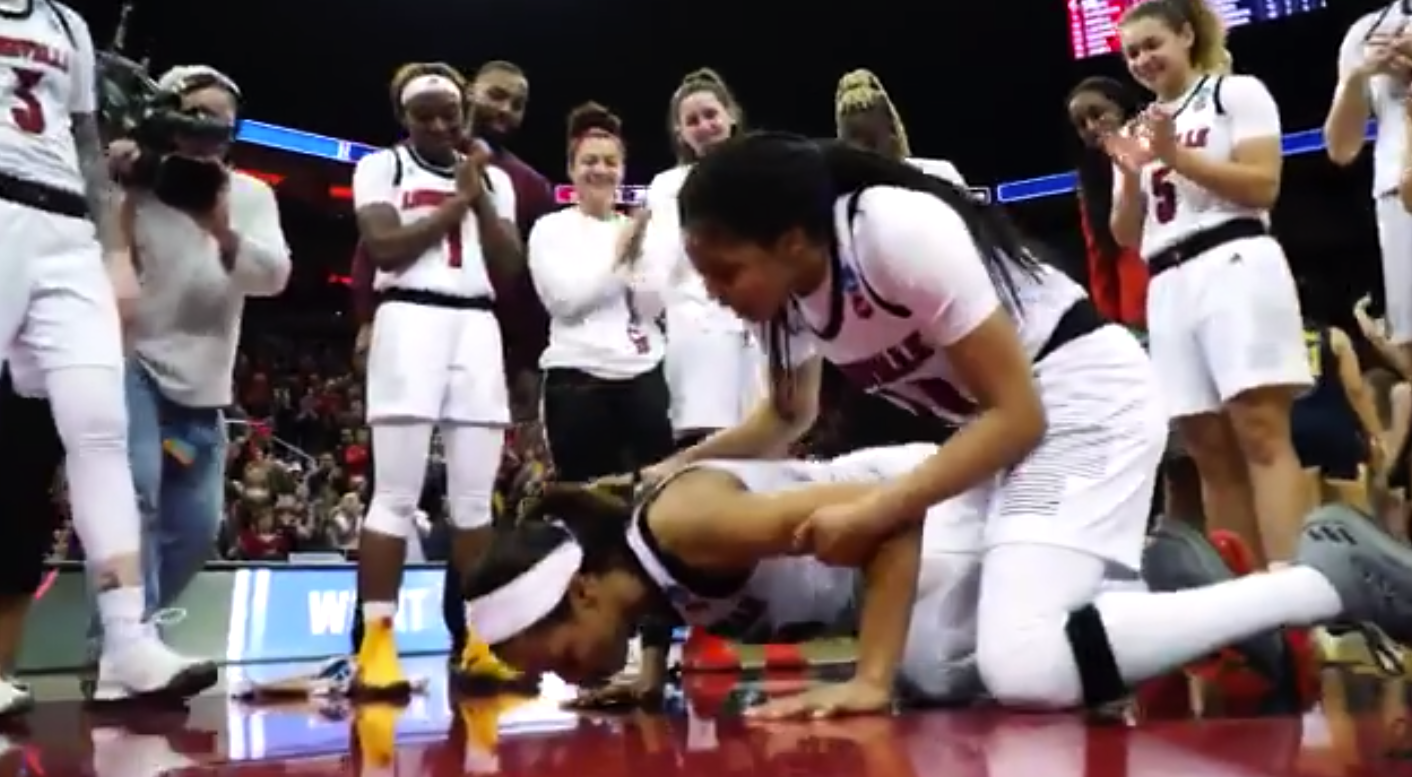 Asia Durr’s time is running out but there are greater things for her to achieve over the next couple of weeks.

Durr being introduced for the last time at the KFC Yum! Center. Making five 3-pointers. Leaving to a standing ovation at the 1:54 mark. Kissing the floor at center court five minutes after the game, following it up with a victory lap around Denny Crum Court.

Had to be around the past four seasons to appreciate the significance of the moment, enjoying Durr as long as one can, knowing players this good are rare indeed. Probably playing at the Yum! for the last time, again setting the tone for the Cardinals against another outstanding opponent. Seemingly always at her best when it counts the most.

Asia would score 24 points to lead all scorers, making nine of 24 shots and five assists. The University of Louisville would defeat Michigan 71-50 in front of an exuberant  crowd of 7,725, in the second round of the NCAA women’s basketball tournament.

Durr was joined on her post-game victory lap by fellow seniors Sam Fuehring and Arica Carter, constituting a trio of seniors who have compiled a 123-22 won-lost record at UofL over the past four seasons. No looking back. a time to celebrate, looking ahead to  their third consecutive Sweet 16 berth and a trip to the Albany Regional.

Behind Durr’s first three 3-pointers and 12 points, Louisville would race to an early 19-11 lead in the first quarter. The teams were essentially trading baskets until UofL outscored Michigan 17-5 in the third quarter, the Wolverines gasping for breath as the four quarter began.

Durr and her classmates running those post-game laps, celebrating the past four seasons, not wanting to leave the floor for the last time. Wanting to ensure that an intensely loyal fan base receives credit as well.

“It was great,” said Durr. “Playing here for four years with such great fans, great people who follow you everywhere, literally everywhere. I can’t really put it into words because it’s a feeling that you’ll never forget, and years down the line, you talk to your kids, your grandkids, your friends about these four years …”