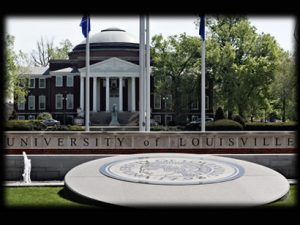 If there were any doubts about former Governor Steve Beshear’s destructive tendencies toward the University of Louisville, they were erased by his son Andy Beshear, the state’s Attorney General.

The baby-faced AG announced Wednesday that he would be filing a lawsuit in an attempt to rescind the executive order issued by Gov. Matt Bevin dissolving the UofL Board of Trustees. The younger Beshear, like his father, obviously had no problem with the gridlock on the board.

Apparently the discord would be more preferable to the Beshears, bringing back the old board, with a handful of obstructionists, a group with no ties to UofL, and no interest in cooperating with the current administration, to inflict further harm on the good name of the university.

The Beshear lawsuit only serves to underscore why Gov. Bevin had to take the dramatic step of dismissing the old board. It’s a delaying tactic, intended to create further chaos at UofL.

Andy Beshear is out of order, and way out of line. A chip off the old block.

Meanwhile, good news. Jim Ramsey is apparently back in his office in the Grawemeyer Building for now, keeping on keeping on, issuing the following memo to the campus community: 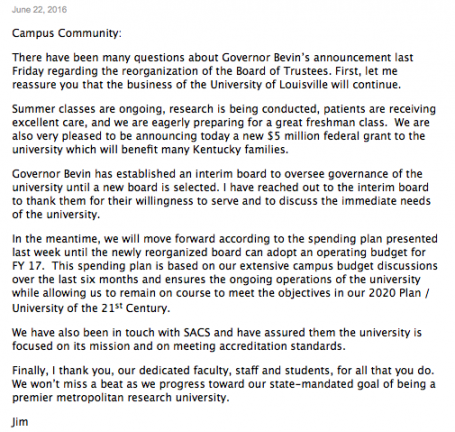