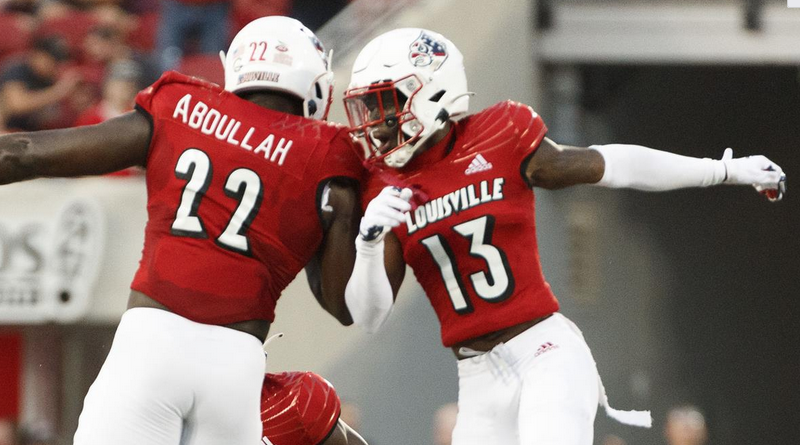 The first person an opposing quarterback looks for when lines up over center is Yasir Abdullah on defense. The 6-foot-1, 240-pound linebacker is the heart of the University of Louisville football defense. There have been times he simply can’t be blocked.

An All-Atlantic Coast Conference selection last season, Abdullah is sure to repeat this season and maybe get some All-American accolades. He is second on the team in tackles, 27, tackles for loss with 10 and 55 yards in losses. He has 5.5 sacks for 47 yards in losses as well.

“He’s an extremely hard working guy,” said coach Scott Satterfield. “That’s why he has gotten better and better each and every year, because of that.”

One of the reasons Abdullah has flourished is his ability to take coaching. According to Satterfield, Abdullah is always where he is supposed to be in the defensive alignment.

“He’s a very smart player,” said Satterfield. “You don’t ever have to worry about Yasir. He is going to do what he is supposed to do.”

When introduced as part of senior day, Abdullah says it will be emotional. “For sure. The fan base, the Louisville community, the coaches. I thank for believing in me.”

Abdullah and another senior, defensive end Yaya Diaby, Atlanta, Georgia (Georgia Military College) worked out together during the off season. “We are like brothers,” said Abdullah. “During the off season we worked on the hand (sack) shake.”

A five year player, Abdullah, has started for four seasons. He’s improved his game in most all areas.

“I want to be all over the field, not just sacks,” said Abdullah. “Forced fumbles. Interceptions. My game has stepped up.”
Abdullah knows his role as one of the veterans. “We are the older guys now. We have to step up and be leaders in big moments.”

Satterfield believes Abdullah has a future in the NFL. “There’s going to be spots for him because he’s going to be a guy who could be put in on third down for pass rushing but he can also drop in coverage. He ‘s got a great opportunity to be able to have an impact at the next level.”

You better know where Abdallah is hovering.