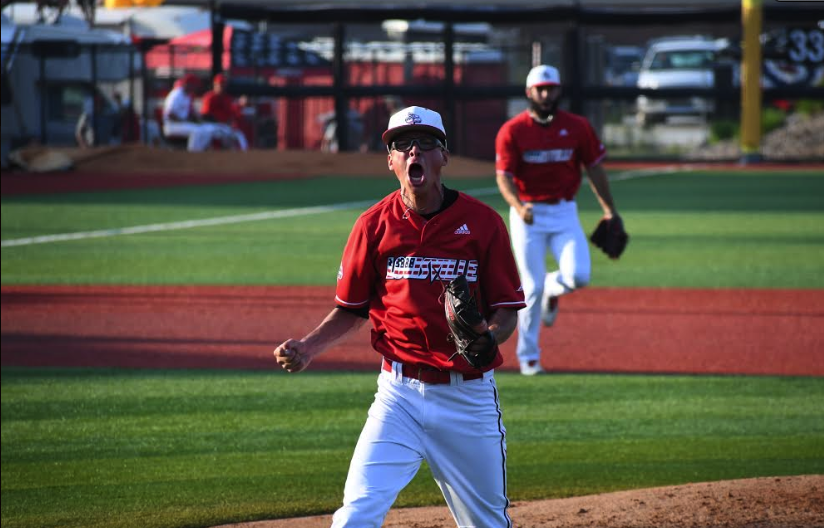 It’s a new day for Luke Smith. Waking up Monday morning “feeling brand new, ’cause the dreams he has been dreaming has finally came true.” He keeps going and going on the mound and when the game is over, Louisville has emerged with an 11-2 win over Illinois State in a must-win game.

Smith was the last pitcher anyone could have expected going eight and a third innings in what could have been the final game for the University of Louisville baseball team.  Submerged in a hitting slump, the end is painfully near.

Needing someone to lift them up, to cut through the doldrums. A 9-7 win over Indiana in the first game Sunday didn’t hurt, with a crazy ending that got Mike McAvene suspended for four days. A wild and crazy day, two memorable games, setting the stage for a classic finish.

Probably the least imposing person on the roster, Luke Smith had but disappeared from the rotation until a few weeks ago. Came out of hiding in the 11th inning against Indiana on May 15th. Showed some different stuff that night. Handcuffed the Hoosiers, one hit in two innings, big win for him and UofL. His fifth win against no losses.

That brief showing had to have made quite an impression on Coach Dan McDonnell. Trusting him with the immediate future of Louisville baseball. Smith in and out of trouble early against Illinois State, looking lost at times.

Especially in the bottom of the fourth, with two Illinois State runners on first and third. Eyes shifting toward bull pen. Not to worry. Smith is up to the challenge, forcing a fly out to right field, and striking out the final two batters.

The Louisville batters, perhaps desperate with their backs against the wall, more than likely inspired by Luke Smith, would break out en masse in the eighth inning. Posting six more runs, putting the game out of reach. A dream game for Luke Smith, and the 46th win of the season.

Say goodbye to the lethargy.